The Centre is likely to announce the name of the first Chief of Defence Staff (CDS) on December 26 (Thursday), sources said on Wednesday. The Union Cabinet on Tuesday (December 24) had approved the committee's report following which the announced related to CDS was made. 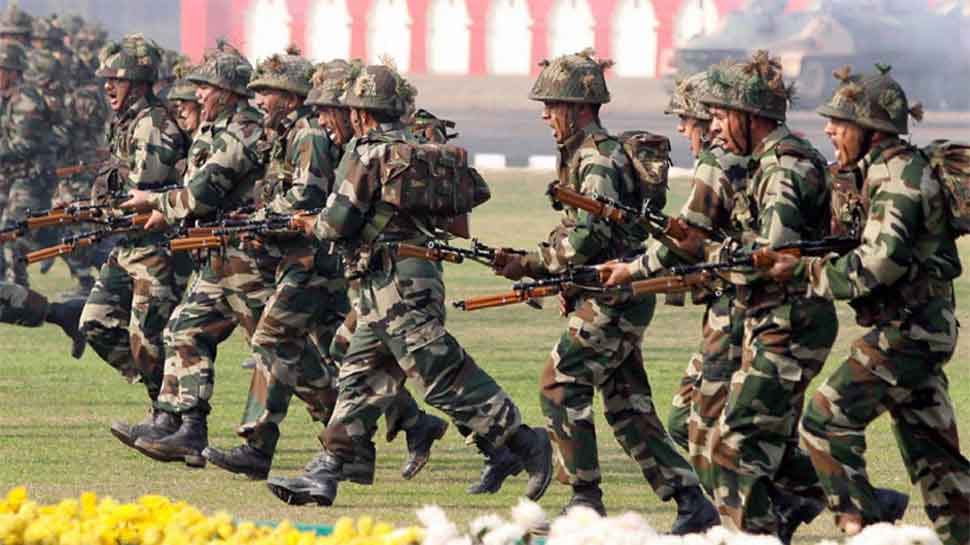 The Centre is likely to announce the name of the first Chief of Defence Staff (CDS) on December 26 (Thursday), sources said on Wednesday. The Union Cabinet on Tuesday (December 24) had approved the committee's report following which the announced related to CDS was made.

The CDS will be India's one-point military officer to help the Central government deal with defence affairs and will be a Four-Star officer. The position has been created under the Ministry of Defence and will head the Department of Military Affairs. All the integrated tri-services defence commands will be under the Chief of Defence Staff.

The position of CDS was recommended by the Kargil Review Committee formed in the aftermath of the 1999 war with Pakistan and the Naresh Chandra Committee. Created with the aim of ensuring better synchronisation and understanding between the Indian Army, Indian Air Force and Indian Navy, the CDS will also ensure optimum utilisation of the defence budget.

Prime Minister Narendra Modi had on August 15, 2019, announced the creation of CDS following which a committee under National Security Advisor Ajit Doval was formed which defined the role and powers of the position.

Here's everything you want to know about the Chief of Defense Staff (CDS):

Why the need for CDS?

India should not have a fragmented approach. Our entire military power will have to work in unison. All three (services) should move simultaneously at the same pace.
Changing nature of war and security environment; Government conscious of National Security challenges.
Recognition to military expertise in the department’s decision making.
Breaking Silos: Integration, collaboration, convergence and rationalization.
Meritocracy: Right person to do the right job.

Aims and Objectives for the reform of the Higher Defence Management:

(i)To bring about jointness between the Armed Forces of the country in training, procurement, staffing and operations.
(ii)To enhance the quality of Military Advice to Political Leadership through integration of service inputs.
(iii)To develop and foster expertise in military affairs in particular and in defence matters generally.

Role and responsibilities of CDS:

(i) Act as the Principal Military Adviser to Raksha Mantri on tri-Services matters. The three Chiefs will continue to advise RM on matters exclusively concerning their respective Services;
(ii) CDS will not exercise any military command, including over the three Service Chiefs;
(iii) CDS will administer tri-services organisations. Their military command will be with the Chief of the duly notified Service, which has a predominant role in the effective functioning of that specific tri-service organization. However, Tri-services agencies/organizations/ commands related to Cyber and Space will be under the command of the CDS.
(iv) Provide integrated inputs of the Services to relevant authorities. CDS will be a member of the Defence Acquisition Council and Defence Planning Committee.
(v) Bring about jointness in operations, logistics, transport, training, support services, communications, repairs and maintenance, etc. of the three Services within three years of the first CDS assuming office;
(vi) Ensure optimal utilization of infrastructure and rationalize it;
(vii) Enhance the share of indigenous equipment;
(viii) Evaluate plans for 'Out of Area Contingencies', as well other contingencies such as Humanitarian Assistance and Disaster Relief;
(ix) Implement Five-Year Defence Capital Acquisition Plan (DCAP), and Two-Year roll-on Annual Acquisition Plans (AAP), as a follow-up of the Integrated Capability Development Plan (ICDP);
(x) Assign inter-Services prioritization to capital acquisition proposals based on the anticipated budget;
(xii) Integrate and rationalise international cooperation plans;
(xiii) Prepare strategy papers on military matters for consideration of the competent authority;
(xiv) Bring about reforms in the functioning of three Services aimed at augmenting combat capabilities of the Armed Forces. This may, inter-alia; entail rationalization of facilities. Use of indigenous equipment across the whole spectrum. He will identify and end obsolete practices, which may have crept in due to the colonial legacy.
(xiv)  Build trust and confidence in the rank and file.
(xv) Prepare for Raksha Mantri an empirical and objective Report on annual achievements in jointness during the year