The decision was taken as every year four to five deaths and several injuries are reported during the trek, they said. 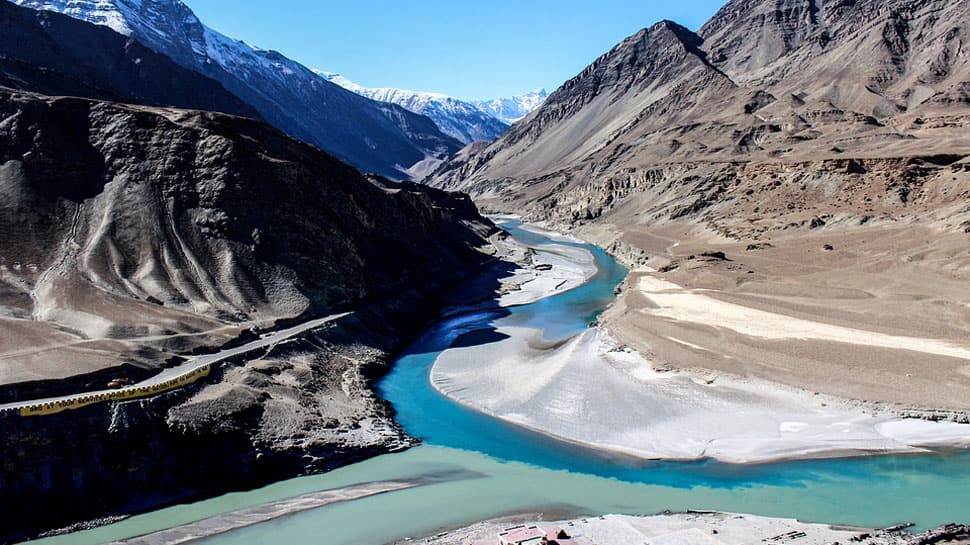 Leh: Tourists from this year have to undergo a compulsory health check-up and get medical insurance to get permission to trek the 'frozen Zanskar riverine route' in Jammu and Kashmir's Ladakh region in view of casualties, officials said. The decision was taken as every year four to five deaths and several injuries are reported during the trek, they said.

People have to brave inhospitable conditions to trek the frozen river at an height of 11,150 feet. The average temperature during the day is minus 10 and between minus 20 and 25 degrees Celsius in the night, the officials said.

Ice forms and breaks and changes colour on the river every few hours. In some place the Chaddar or ice sheets do not form, they said. In view of safety and security of those undertaking the 100-km Chaddar or Zanskar trek between January and February, the Leh administration has issued several guidelines and standard operating procedures (SOPs), Deputy Commissioner Avny Lavasa said.

The trek on the Zanskar river in the Himalayas, which is frozen between January and February, is one of a kind and takes at least seven days to complete with tourists crossing frozen waterfalls, caves and ice slides on the way. Officials said as per rules and regulations tourists have to spend a minimum of three nights in Leh before for acclimatisation.

"On the third day, tourists will take the compulsory pre-medical checkup in Leh," she said.

The administration has set up high-altitude medical rescue centre, free treatment facilities and three rescue posts for the safety of tourists. Under the guidelines and SOPs, trekkers will be issued adventure travel insurance and a medical rescue card. They will also have access to doctors and para medics during the journey, officials said. She told PTI that the regulations and SOPs came into effect from 2019 in view of four to five deaths every year.

In another regulation, tourists, foreign or domestic, have to get a medical insurance when applying for the trek, failing which the administration will not issue a permit. The medical check-up and insurance cover will be provided by the district administration.

"Post medical checkup, tourists will get their adventure insurance. But persons found medically unfit will not be issued clearance for the Chaddar trek," the guidelines state.

Indian nationals will be insured for Rs 2 lakh for hospitalisation expanses, Rs 3 lakh for death and disabilities, Rs 4 lakh for medical evacuation among others, it said. For each tourist, medical checkup and wildlife fee will be Rs 200 and Rs 2,200 respectively.

The Chaddar route was primarily used by natives to get their basic supplies and to sell copper utensils, goatskin and yak butter for livelihood. To maintain the ecology of the fragile region, tourists now have to also get permit from the wildlife department.

Tour operators have to give details of food items being carried by tourists, who will be provide garbage bags. On their return, the department will check if the group has brought back trash like tin cans, bottles and plastic items, the SoPs said.

Taxi operators will also have to keep garbage bags in their vehicles and deposit them at the waste segregation centre at Solan Colony, the DC said. The SOPs have come against the backdrop of reports that the Chaddar trek would be closed by 2020, due to global warming and rush of people in the region.

It has also been made mandatory for the wildlife department to not allow more than 100 tourists on the trek per day and issue permits only to tourists coming through recognised travel companies.

To deal with emergencies and evacuations, the district administration shall provide sat-phones to the agencies to facilitate communication. "It is a six-day trek in inhospitable conditions over the frozen Zanaskar river in Ladakh," a senior official of the tourism department told PTI.

Officials said that the Chaddar trek is like no other trek in the Himalayas and walking on a frozen thick glass-like river, with dramatic mountains on both sides, is an experience of a lifetime.?

"At 11150 feet altitude Chaddar trek almost feels like an expedition to the North Pole, where the temperatures drop down to -30 degrees at night, the ration is transported on sledges, you find refuge in caves and life blossoms on survival instincts, making it an eminently 'do before you die' trip", he said.

One of the highlights of the frozen river trek is the Nerak waterfall. It is frozen from top to bottom. "The best time to do Chadar trek is from mid-January to mid-February, that is when the river freezes and you get to walk on massive slabs of ice spreading for miles," he said.

Rahul Gandhi achieved everything due to family not competence: BJP