"Due to COVID-19, there has been a major decline in the state's revenue in the last two years, as a result of which the state government has been facing immense difficulties in the smooth operation of public welfare schemes,” the chief minister said. 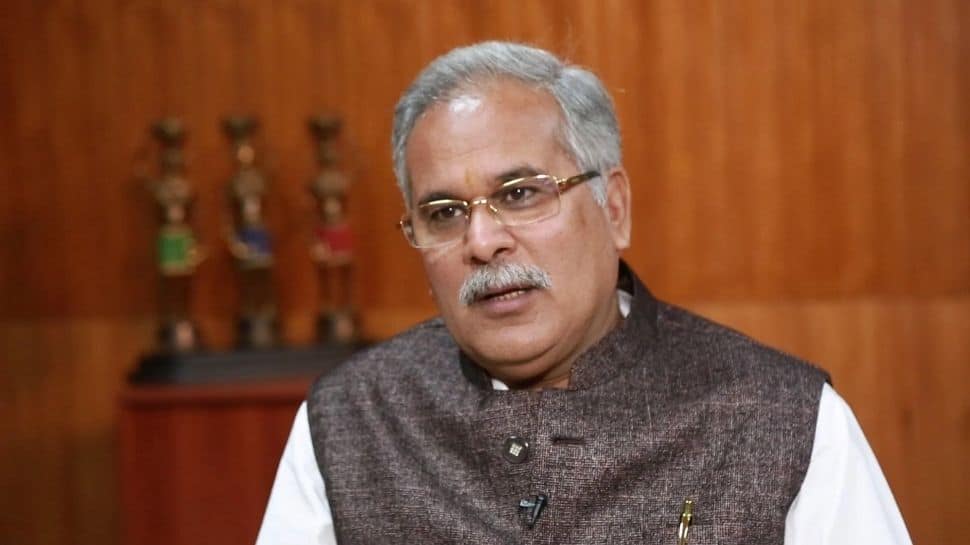 Raipur: Chhattisgarh Chief Minister Bhupesh Baghel urged the central government to extend the compensation period of the Goods and Services Tax (GST) beyond 2022 by five years on Friday (November 12, 2021). Chhattisgarh CM also asked the Centre to enhance the share given to the state in centrally-sponsored schemes.

Chhattisgarh CM wrote a letter to Union Finance Minister Nirmala Sitharaman and sought financial resources for Chhattisgarh, citing that the state has been grappling with revenue shortfall due to the COVID-19 pandemic and facing difficulties in the smooth operation of public welfare schemes, an official said.

“The state governments have limited financial resources. Due to COVID-19, there has been a major decline in the state's revenue in the last two years, as a result of which the state government has been facing immense difficulties in the smooth operation of public welfare schemes,” the chief minister stated in the letter.

“The state is expected to get Rs 6,500 crore by way of GST compensation from the Centre in the current financial year, but in the next fiscal, this amount will only be given for the first quarter (April-June), which will be around Rs 1,700 crore. No arrangement has been made by the

Centre to compensate the revenue loss of about Rs 5,000 crore to the state," he said.

Baghel in his letter also said that Chhattisgarh will suffer more revenue loss if the compensation is not provided, and seeked extension in the period of GST compensation by five years after 2022.

“In 2014-15, the state had received Rs 7,658 crore as Centre's share in the central schemes, while the state share in those schemes was Rs 2,622 crore. The average ratio between the Central and state share was then 75:15,” Baghel said.

Chhattisgarh CM further added that however, in 2021-22, the ratio became 64:36, as the Centre's share in central schemes was Rs 9,794 crore, while the state contributed Rs 5,592 crore. There has been an average reduction of 11 percent in the Centre's share, which has increased the financial burden on the state.

Baghel further urged the union minister to sanction Rs 4,140.21 crore collected by the Centre as a penalty from coal miners who were allotted mines in the state.

“The Supreme Court in 2014 had cancelled the allocation of 215 coal blocks in the country. As per the order, a penalty of Rs 295 per tonne was imposed on companies that were allotted mines. The companies later deposited the penalty to the Centre. The Chhattisgarh government is entitled to Rs 4,140 crore deposited by companies, who were given mines in the state, to the Centre," the chief minister said.

The chief minister further appealed to the Centre to allow the manufacturing of ethanol from the surplus paddy procured from farmers in the state.

“Due to surplus production of paddy in the state and lack of requisite cooperation from the Central government in its disposal, the state government has to suffer huge losses every year. The state government has signed a memorandum of understating (MoU) with eight private investors for manufacturing ethanol to the tune of over 12 crore litre per annum. For this, the co-operation of the Centre is necessary," he said.

“The Food Corporation of India has decided to accept 61.65 lakh MT of 'arwa' rice in the central pool from the state. In the past, the usna rice had been procured. The Centre has been procuring usna rice from other states,” Baghel said, seeking that the FCI should allow at least 24 lakh MT usna rice to be accepted from the state.