The senior Congress leader, who was arrested by the CBI late on Wednesday amid high drama, was kept overnight at the probe agency's headquarters and produced before a special CBI court on Thursday. 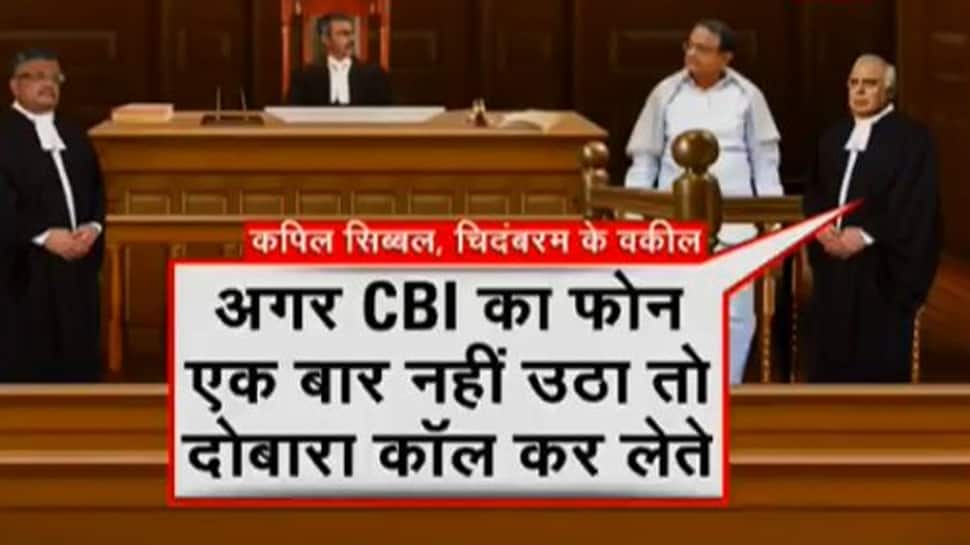 NEW DELHI: The Central Bureau of Investigation (CBI) Thursday demanded five-day custody to grill former finance minister P Chidambaram, with Solicitor General Tushar Mehta arguing that the Congress leader “is not cooperating in the investigation and not answering questions” in the INX Media scam cases.

The senior Congress leader, who was arrested by the CBI late on Wednesday amid high drama, was kept overnight at the probe agency's headquarters and produced before a special CBI court on Thursday afternoon.

"The right to remain silent is a constitutional right, it does not bother us. But P Chidambaram is running away from questions. He prevented punitive action, gave undue advantage. INX Media paid a substantial amount. NBW was also issued by the court pursuant to Chidambaram's arrest," Mehta told CBI special court.

Opposing CBI`s plea for a five-day remand, Chidambaram`s counsel – top lawyers Abhishek Manu Singhvi and Kapil Sibal –  told the court in the INX Media case that he had cooperated with the investigating agency and has never skipped interrogation.

Arguing on behalf of Chidambaram, Singhvi and Sibal claimed in court that the CBI asked 12 questions and he replied to six. Out of the 12, just six were new questions.

"Six out of 12 questions asked by CBI are old and can't these questions be asked outside custody? What is the point of custody" questions Singhvi, adding, “The whole approach is wrong. When they (CBI) say that he is evasive, it means that he is not answering the way they want him to answer.”

Defending Chidambaram in court, Sibal said, "This is a matter of personal liberty. He had been cooperative. Please call for the records of the investigation. Last night the CBI said that they want to interrogate him. But did not start interrogation till 12 noon and then asked 12 questions."

Singhvi also raked up Peter and Indrani Mukerjea's bail plea and said, “The entire case is based on the case diary and statement of Indrani Mukerjea. If the prosecution agency is so thirsty, why didn't they call him even once in 11-12 months?”

"Indrani Mukerjea is the fresh reason. This reason has been created so that it can be said that now CBI needs him again. Approver is a status, not proof," he adds.

Sibal, also representing Chidambaram, said "Accused in the case is Karti Chidambaram who's been granted bail. Another accused Bhaskaraman (Karti Chidambaram's chartered account) was granted anticipatory bail. Peter and Indrani Mukerjea are on default bail. A draft charge sheet has been prepared reflected on the judgement of the high court.”

"In this case FIPB (Foreign Investment Promotion Board) approval is given by six secretaries who are now placed in different departments. Any of them have not been arrested. Sanctions were sought for them. This case is of 2007-2008. The FIR was filed in 2017. Chidamabaram was interrogated only on one day. If he did not respond to CBI call they could have called again. But they never called," he added.