Reacting to violent protests at Delhi's Jamia Nagar, Chief Minister Arvind Kejriwal on Sunday tweeted that no one should indulge in violence as it is completely unacceptable. 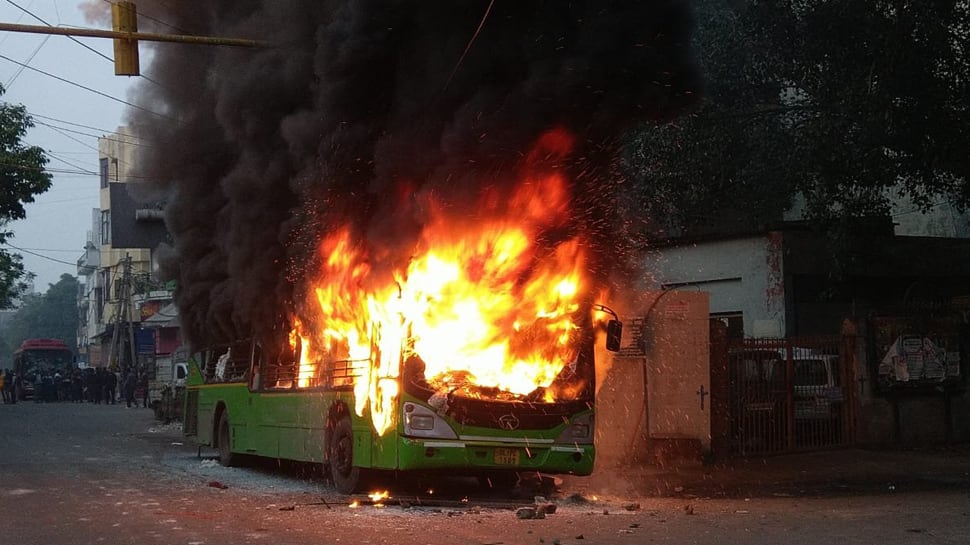 No one shud indulge in violence. Any kind of violence is unacceptable. Protests shud remain peaceful. https://t.co/CUiaGLb9YY

The Delhi chief minister took to twitter shortly after three buses were set on fire by protesters on Sunday. Four fire tenders, which were rushed to the spot to control the fire, were also attacked by protesters. According to the Delhi Fire Department, two fire brigade personnel have got injured in the attack.

The violent protests forced the Delhi Metro Rail Corporation to close the entry and exit gates of Sukhdev Vihar and gate no. 3 of Ashram metro station. The DMRC also said that metro trains will not be halting at Sukhdev Vihar station of magenta line.

The students of Jamia Millia Islamia later issued a statement disassociating themselves from the violence. The students said in the statement that they are not in support of any violent protests. "No Jamia student is involved in the violence happening on the streets of Delhi. These are fringe inciting violence in the garb of Jamia students," Jamia Students Union and Administration said.

It is to be noted that the students of Jamia Millia Islamia and locals have been protesting against the amended Citizenship Act at Jamia Nagar for the last three days. On Friday (December 13), the students of Jamia Millia Islamia had clashed with the police after they were stopped by the police from marching towards the Parliament to lodge protests against the Citizenship Act.

Teachers of the Jamia Millia Islamia have also condemned violence during protests against the Citizenship Amendment Act. "Jamia Teachers' Association (JTA) condemn the violence in south Delhi, outside Jamia Millia Islamia. JTA is not part of any such violence. JTA also appeals to students, if any, to keep away from such direction-less protest lead by local political leaders.  Jamia practices and preaches peace. JTA condemn all sort of violence near Jamia or anywhere in India. An emergency meeting of extended Executive Committee is called in JTA office at 11:00 am on Monday (16.12.2019) to discuss misuse of Jamia's name in the protests. Please make it convenient to attend the same," the JTA said in a statement.