Even as the world reels under the coronavirus COVID-19 pandemic with almost 6 lakh cases worldwide and more than 27, 000 deaths, it seems that China — where the virus originated, has controlled the virus and is now moving right back on track towards an economic recovery. 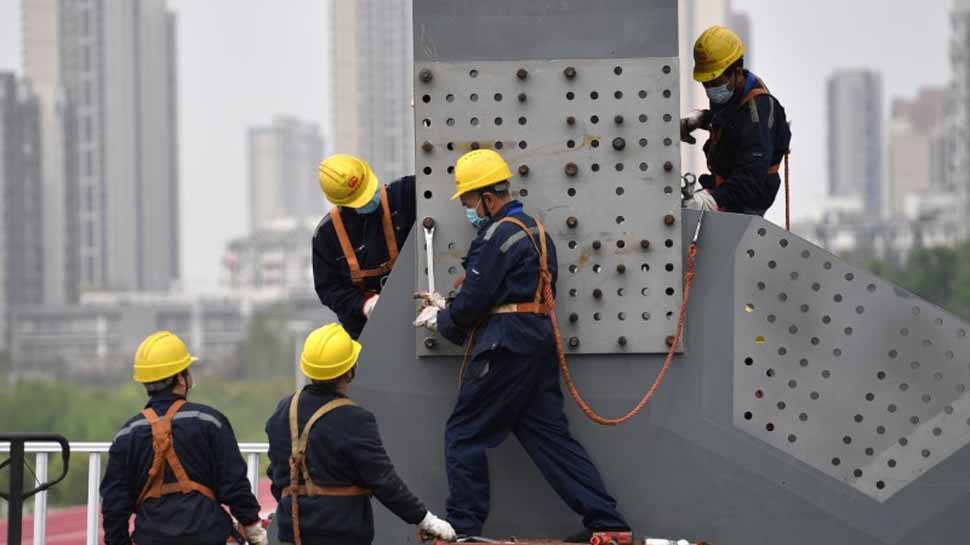 NEW DELHI: Even as the world reels under the coronavirus COVID-19 pandemic with almost 6 lakh cases worldwide and more than 27, 000 deaths, it seems that China — where the virus originated, has controlled the virus and is now moving back on track towards an economic recovery.

It is said that the world order always changes and new superpowers keep replacing each other. During the Suez Canal Crisis in 1956, Britain fell behind in the world order because of UK government's failure. And America succeeded to become the most powerful country in the world. Something similar is happening today.

This virus originated from China and is capable of changing the current world order and is ready to push America back. But by infecting millions of people and causing thousands of deaths China cannot become a superpower because it has to answer some scathing questions.

Though the entire world economy is in crisis because of coronavirus epidemic there is one country which is emerging from the problem and is getting the most benefit from it too. China overcame the virus in about two months, and now all cities in China, including Wuhan, are buzzing, factories have resumed operations, restaurants and cinema halls have opened and life is back on track.

Major car manufacturers such as BMW, Ford, Tesla, Volkswagen and Honda have also resumed production. Foxconn, an iPhone manufacturing company in China, has also resumed operations. Ironically, China is now selling equipment to fight the coronavirus all over the world.

Recently, Spain purchased medical equipment valued $3,500 million from China. These include 50 million face masks, 50 lakh Rapid Test Kits, 950 ventilators and 10 million gloves. There are more ventilators available in China at the moment and many big companies in America are buying them from China.

So, while the economy of rest of the world is in ICU at the moment and all the major economies are going into recession, China is still in profit.

China is now selling goods all over the world and Chinese industrialists are also taking advantage of the opportunity to invest in different countries of the world at large. So, coronavirus which started from China has now become an opportunity for China.

How did China save itself and put the world in trouble, here is an example.

It could aslo be said that since China knew it could not defeat America on the strength of military power or technology. Therefore, it will have to adopt other methods to ruin America. It is also the essence of a book written by two big Chinese military officials which was released in 1999. The name of this book is "Unrestricted warfare: China's master plan to destroy America".

In this book it is said that America can be hurt more deeply by adopting other methods instead of going to war directly.

For example, on the basis of money, China can create an army in the US that opposes the policies of its own government and makes the government work difficult. Economic war is also mentioned in this book. For example, China should change its trade policies to such an extent that millions of dollars sitting on the United States will be lost.

Apart from this, the book also suggested to target America's Network System, so that America can be brought to its knees by destroying transportation, financial institutions, and communication systems. If the network of a country stops then all the traffic in that country will stop, the banks will start getting ruined, the traffic will stop completely and there will be chaos on the roads.

Now a lawsuit has been filed against China in a US court accusing it of neglecting the signs of this virus outbreak which led to ruining the lives of millions of people all over the world.

The lawyer who filed the case claims that China had manufactured COVID-19 as a biological weapon. And this is a kind of sponsored terrorism so China should pay this compensation of $20 trillion i.e. Rs 1500 lakh crores has been sought from China. This amount is more than China's current GDP.

According to an estimate, due to this pandemic, the GDP of the whole world suffered a loss of about Rs 200 lakh crores. It is almost equal to India's current economy. Governments around the world are now having to empty their treasury to keep the economy under control and according to an estimate these expenses are equal to Rs 525 lakh crore. That is two times more than the economy of India.

While China's economy is back on track.