A Chinese spy ship had recently entered into India's Exclusive Economic Zone (EEZ) and stayed there for a few days. 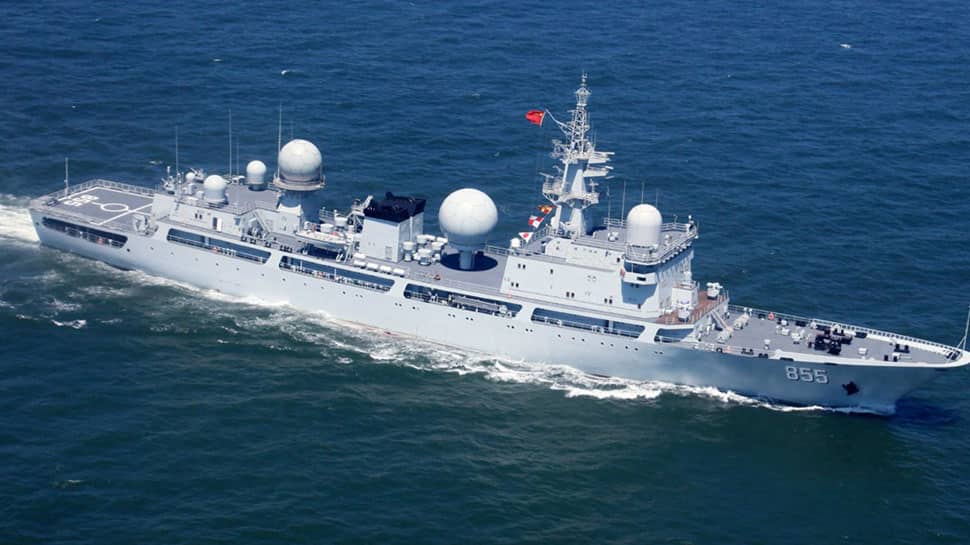 CHENNAI: China is allegedly spying on Indian Naval bases in the Indian Ocean Region (IOR) through its advanced surveillance ship in the Andaman and Nicobar Islands, the intelligence agencies have warned.

According to the inputs gathered by central intelligence agencies, China has been regularly sending its surveillance ships in the IOR to gather more details about the Indian naval bases and the warships deployed in the area. An intelligence report, accessed by Zee News, said that the Chinese Navy had recently deployed one of its latest intelligence-gathering ships - Dongdiao class ship Tianwangxing - in the IOR to keep an eye on the Indian naval installations.

The Andman and Nicobar islands is a very sensitive and important base and also the first and only Tri-Service Theatre Command of the Indian Armed Forces based at Port Blair.

The report also suggested that the People's Liberation Army Navy (PLAN) ship Tianwangxing intruded into the EEZ and remained close to the Andaman and Nicobar Islands and the east coast of India for nearly two weeks.

It may be noted that Tianwangxing of Type 815G Class is a very modern electronic surveillance ship of China. The presence of Chinese surveillance ship into the IOR is a great cause of concern for the Indian security establishments.

''The PLAN has been regularly deploying Intelligence gathering ships into Indian Ocean Region (IOR), which is a matter of concern for us. Recently, we noticed that a surveillance ship infiltrated the Indian Ocean region in December last year and it was circling for about two weeks,'' an official deployed at the Indian security establishment said.

Investigative agencies are trying to find out what information the Chinese spy ship had gathered during its stay into the Indian water and was the motive behind its deployment by Beinjing.

''We are also ascertaining the details of intelligence gathering equipment fitted onboard PLAN ship,'' another senior official deployed at the security establishments said.

Dongdiao class ship is capable of conducting all weather round-the-clock reconnaissance on multiple targets. The ship is fitted with highly advanced electronic surveillance systems that only a few countries such as the United States capable to develop it so far.

The Chinese Type 815G Dongdiao-Class also have been used to monitor military exercises in the Pacific Region such as Rim of Pacific drills and Talisman Saber Exercise.

China recently backed Pakistan after the Narendra Modi government abrogated Article 370 of the Constitution that gave special status to Jammu and Kashmir. Beijing even raised the issue at the UNSC though it did not get the support of any other country there.

Third round of India-Pakistan talks on Kartarpur corridor on Wednesday