China warns India, US against transferring submarine technology to Taiwan

Beijing has issued a statement warning the US and India against transferring technology to Taiwan for producing submarines. 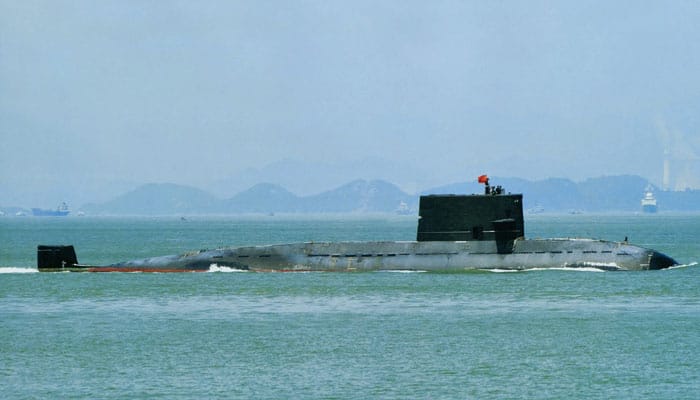 BEIJING: China on Monday warned the US, India and other countries against transferring technology to Taiwan for producing submarines and said such a move could hurt their bilateral ties with Beijing.

An Indian firm is reportedly among the six companies from the US, Japan and the European Union which have submitted designed proposals to Taiwan for building submarines.

"China is firmly opposed to any country selling arms to Taiwan and having any form of military links with Taiwan. This position is consistent and clear cut," Chinese Foreign Ministry spokesperson Hua Chunying said here.

"We urge the US and other countries to fully recognise the sensitivity of this issue and earnestly abide by the one-China principle and do not allow enterprises to participate in the submarine programme of Taiwan and stop any form of military link with Taiwan.

"We urge them to handle the issue prudently and properly to avoid harming bilateral ties (with China)," Hua added.

China deems self-ruled Taiwan as a breakaway province that it has vowed to reunite with the mainland even if it has to resort to force.

It resents and chides any country for any having any sort of contact with the island across the Taiwan Strait.

Even if Washington does not officially recognise Taiwan as a country, it keeps testing Beijing by signing arms deals with Taipei.

India also has no diplomatic ties with Taiwan but the island maintains a Taipei Economic Cultural Centre in New Delhi as its de facto Embassy.

Diplomats from 27 nations participate in fellowship programme on disarmament