Three persons were apprehended in the case. 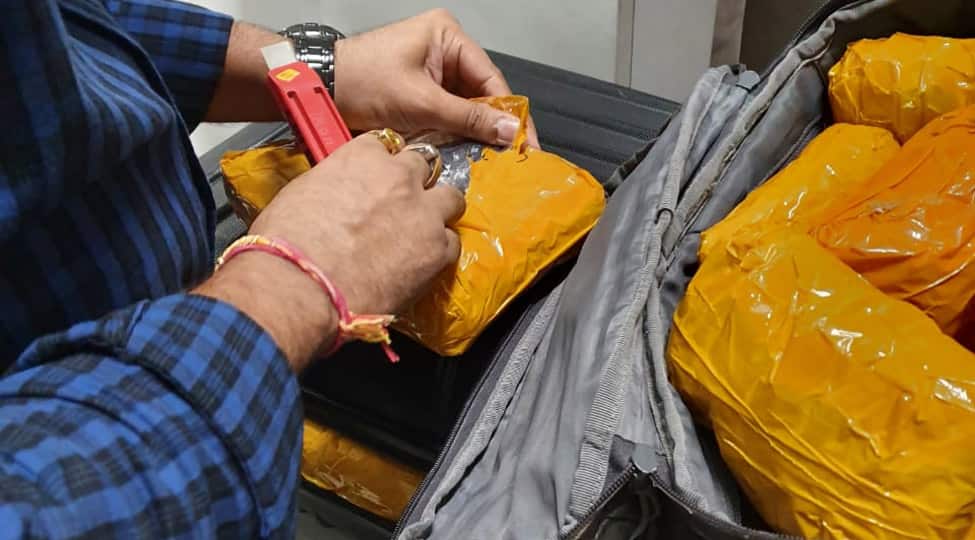 Sub-inspector Abhishek Raja, who was deployed as a screener at transfer Security Hold Area (SHA) of Terminal 3, detected a large number of microSD memory cards of different GB capacity in the hand baggage of a transfer passenger. He immediately alerted the custom officials who let the passenger go after verification.

The passenger has been identified as Abhishek Bhavan Bhai Ranpariya, who arrived from Hong Kong and was on his way to Mumbai.

After some time, another CISF personnel – Constable Mukesh Sharma – saw Ranpariya in completely changed attire, trying to offload under the escort of airline staff. It was also observed that the passenger was not carrying the handbag containing microSD cards which were detected in the SHA.

The constable immediately informed the matter to his seniors, who went through the electronic surveillance footage and found that the man handed over his bag to two other passengers. The other two have been identified as Bhadresh Devchand Ranpriya and Suresh Gulabchand Jaiswal and both were on their way to Mumbai as domestic passengers.

“At about 0100 hrs. Constable Mukesh Sharma of CISF surveillance and intelligence wing observed that the said passenger approached for offloading under escort of airline staff after completely changing his clothes and shoes. It was also observed that he was not carrying the handbag containing Micro SD cards which were detected in SHA.

“Constable Mukesh Sharma, immediately informed the matter to his superior officers and on the basis of manual and electronic surveillance, it was observed that the said passenger handed over his bag containing Micro SD Cards to two other passengers at the boarding gate area of SHA. It was also noticed that the passengers to whom bag containing Micro SD Cards was handed, also offloaded themselves,” it added.

“Search was carried out and both the passengers along with the bag containing Micro SD Cards were traced in check in area, where they were completing offloading formalities at the airlines counters. They were later identified as Bhadresh Devchand Ranpriya and Suresh Gulabchand Jaiswal bound for Mumbai by AI-315 as domestic passengers.  Both were intercepted by CISF personnel and on checking of their hand baggage, the Micro SD- Memory Cards (approx 1 lakh)  were recovered. The value of the SD cards is estimated about INR 3 Crore to 6 Crore,” said the CISF.

All the three passengers, along with the Micro SD- Memory cards, were handed over to Customs officials for further action.