Minister of State for Home Kiren Rijiju said several steps have been taken to preserve the cultural, social and linguistic identity, and the heritage of the northeastern people, in the Bill. 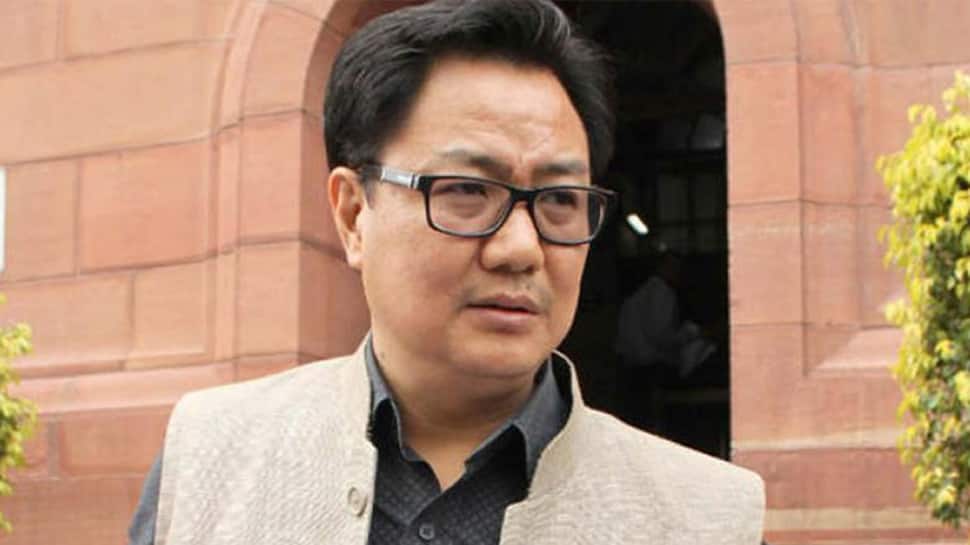 NEW DELHI: The government on Tuesday said various provisions related to the Citizenship (Amendment) Bill, 2019 have been clarified to political leaders and some Chief Ministers of northeastern states.

In a written reply to the Lok Sabha on reports of protests in the North-East, Minister of State for Home Kiren Rijiju said several steps have been taken to preserve the cultural, social and linguistic identity, and the heritage of the northeastern people, in the Bill.

He said the protests are due to certain "misplaced apprehensions" over the issue.

The Minister said the Central government has also apprised the representatives of northeastern states of the steps.

"Political leaders from northeastern states including some Chief Ministers have met the Home Minister on various issues related to northeast including the Citizenship (Amendment) Bill. Various provisions of the bill have been clarified to them," Rijiju said.

The Bill, which was passed in Lok Sabha in the Winter Session of Parliament, is pending in the Rajya Sabha.

However, it was listed for discussion and passage in the Upper House on Tuesday but could not be taken up due to continued protest by the opposition members on several issues.

The Bill seeks to enable Hindus, Sikhs, Buddhists, Jains, Parsis and Christians who fled to India from Pakistan, Afghanistan and Bangladesh without valid travel documents, or whose documents expired in recent years to acquire Indian citizenship through the process of naturalisation.