In Assam, the internet services were snapped in several places and the suspension has been extended in for 48 hours beginning Thursday noon, said Additional Chief Secretary (Home and Political), Kumar Sanjay Krishna. An indefinite curfew has also been imposed in Guwahati, Dibrugarh, Barpeta, Nalbari, Jorhat, Golaghat, Sonitpur, Tezpur and Biswanath. 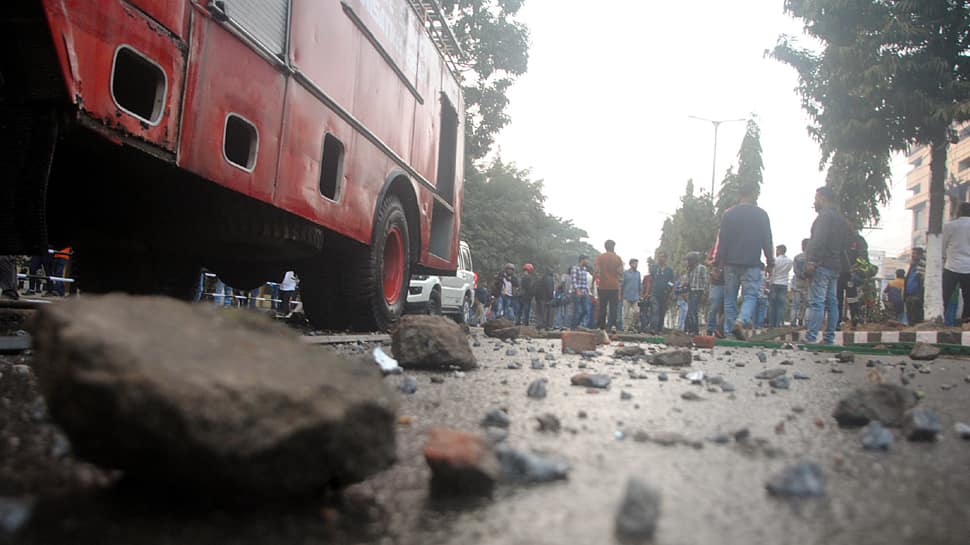 Violent protests over the Citizenship Amendment Bill (CAB) 2019 rocked Assam even as tension gripped Tripura and Meghalaya on Thursday despite assurances by Prime Minister Narendra Modi and Union Home Minister Amit Shah that the Bill will not harm the interests of the people of the northeast. The CAB will give Indian citizenship to refugees from Hindu, Christian, Sikh, Buddhist and Zorastrian communities fleeing religious persecution from Pakistan, Afghanistan, and Bangladesh. The Citizenship Amendment Bill 2019, was passed in Rajya Sabha on Wednesday (December 11) with 125 votes in favour and 99 against it. Earlier the Bill was passed in Lok Sabha with a thumping majority on December 9.

In Assam, the internet services were snapped in several places and the suspension has been extended in for 48 hours beginning Thursday noon, said Additional Chief Secretary (Home and Political), Kumar Sanjay Krishna. An indefinite curfew has also been imposed in Guwahati, Dibrugarh, Barpeta, Nalbari, Jorhat, Golaghat, Sonitpur, Tezpur and Biswanath. Curfew imposed in Assam’s Tinsukia from 5 pm Thursday to 5 am on Friday. All schools and colleges have been closed till December 22, 2019.

At least three people have died during the protests. One protestor died in alleged police firing in Lachit Nagar area of Ulubari in Guwahati. The deceased was an employee of the canteen at Sainik Bhavan and was declared dead at the Guwahati Medical College Hospital (GMCH). Among the deceased two were from Guwahati (Gorchuk and Lachit Nagar area) and the third person was from Tinsukia.

Krishak Mukti Sangram Samiti KMSS leader Akhil Gogoi arrested by Assam Police in Jorhat. He is one of the leaders leading the anti-CAB protests in Assam. BJP MLA Binod Hazarika claimed that his residence in his constituency Chabua was attacked by the protestors who also vandalized his property. Hazarika said that around 150 protestors destroyed household things, artefacts of his house and after that, they set ablaze the commodities outside the home.

All trains from Guwahati towards upper Assam region have been cancelled, according to the Chief Public Relation Officer (CPRO), North-East Frontier Railway. Most flights to and from Guwahati and Dibrugarh have been cancelled by various airlines, while the railways suspended all passenger train services to Assam. "Indigo Airlines has cancelled one flight to Guwahati from Kolkata. The flights to Dibrugarh are being cancelled by most airlines due to the ongoing protests. However, Indigo will operate a ferry flight to bring back the stranded passengers from Dibrugarh," an NSCBI Airport spokesperson said. Vistara on Thursday cancelled two flights to Guwahati and Dibrugarh. "As per government advice due to current disturbances in Assam, flight UK725 (IXB - DIB) and UK726 (DIB-IXB) are cancelled for today. We are offering free change/cancellation to Guwahati and Dibrugarh flights through Sunday, 15th December," the airline said in a tweet. SpiceJet and GoAir have also announced the cancellation of their flights and fee waiver to all passengers travelling to/from Guwahati, Dibrugarh and Jorhat till December 13.

Amid the protests, the Assam government has appointed Munna Prasad Gupta as the new Police Commissioner of Guwahati. The administration has also made other changes in the police department. The current NIA IG, GP Singh, who is Assam-Meghalaya cadre IPS of 1991 batch, has been asked to take over as Assam ADG Law and Order, while the present ADG Law and Order Mukesh Agarwal has been shifted as ADG CID, as per the state government orders.

In an appeal to the people, state chief minister Sarbananda Sonowal called for maintaining peace and calm. "I assure the people of Assam full protection to ensure their identity as a whole," Sonowal said in a statement here, urging the masses to "please come forward and create a situation of peace and tranquillity". "I hope the people will consider this appeal sensibly," he said.

Assam Director General of Police (DGP) Bhaskar Jyoti Mahanta’s convoy came under attack near Ganeshguri area of Guwahati. The anti-CAB protestors pelted stones at his convoy. In the ongoing protests, renowned Assamese actor and BJP leader Jatin Bora quit the party to lodge his protest against the passage of the CAB.

Five columns of the Indian Army have been deployed in Assam, while three columns of Assam Rifles have been deployed to Tripura to maintain law and order. Meanwhile, the Nagaland government has issued an advisory warning state people to avoid travelling to Assam in view of the present situation. It has also issued contact numbers for any assistance or any information.

In Meghalaya, the internet services have been suspended for the next 48 hours, after reports of tension surfaced, said a senior state Home department official. A curfew has been imposed in Shillong from 10 pm on Thursday until further orders. Anti-CAB agitators torched a car and forced all shops to shut down at Shillong’s Police Bazaar area.

The swift deployment of Army and Assam Rifles columns have come as a great relief. There have been numerous incidents in which the troops of Spear Corps have rescued a large number of civilians who were stranded in these protests.

The Army PRO stated that in one such incident, a mob had surrounded the Silchar – Dibrugarh - Brahmaputra Express at Naharkatia Railway Station and were in the process of setting it on fire. The Railway authorities requested for urgent help to save the passengers and Railway property. Responding immediately, Army and Assam Rifles Columns which were on standby rushed to the spot, immediately took charge of the situation, drove out the mob, managed to rescue the passengers to safety and provided urgent medical attention. “If the troops had not arrived in time, we would not have been alive,” said a rescued train passenger.

In another incident, a request was received for urgent help for evacuating two policemen who were grievously injured and surrounded by mobs in Duliajan. On reaching the site, they found the constable had a deep gash after he was struck with a ‘Dah’ and the SHO had injuries on his hands and legs and both were bleeding profusely. The troops bravely assuaged the large crowd, dispersed them and rapidly escorted the injured to the local hospital.

There have been a large number of such incidents in which Army and Assam Rifles troops have endangered their own safety to protect innocent people and Government property both in Assam and Tripura. They have been conducting Flag Marches to instil confidence in the population and also been actively encouraging peace meetings between various groups to normalise the situation in the affected areas.