The development comes a day after the authorities decided to extend the 24-hour curfew to 48-hour in Dibrugarh. 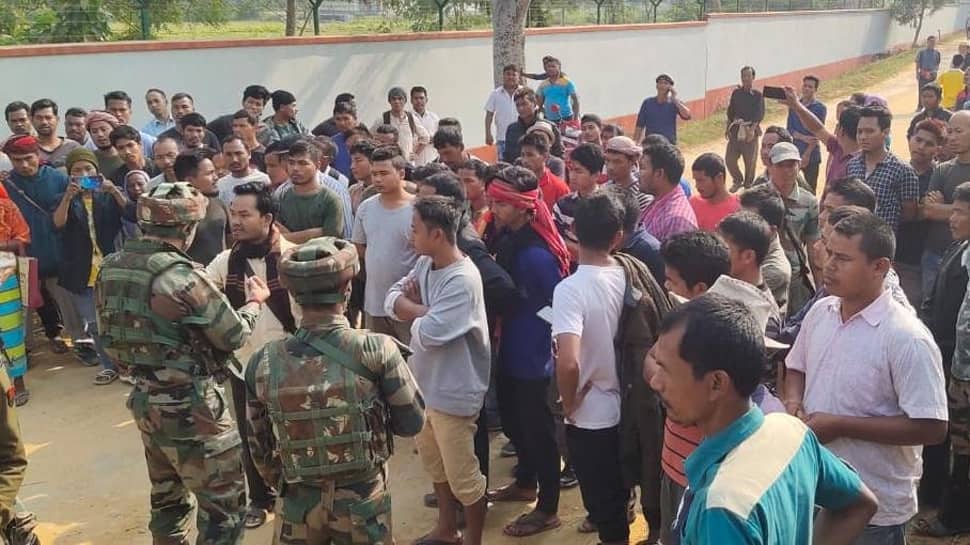 New Delhi: The indefinite curfew which was in force in Dibrugarh and Guwahati in Assam, was on Friday relaxed for 5 hours from 8 am-1 pm by the district administration as the region returns to normalcy following protests against Citizenship (Amendment) Bill, 2019. Meanwhile, a large number of protestors gathered in Chandamari area of Guwahati to observe a hunger strike called by All Assam Students' Union against the Act.

The development comes a day after the authorities decided to extend the 24-hour curfew to 48-hour in Dibrugarh. Meanwhile, the suspension of mobile internet services in the state was extended for another 48 hours, till 7 pm on Saturday, in 10 districts - Lakhimpur, Tinsukia, Dhemaji, Dibrugarh, Charaideo, Sivasagar, Jorhat, Golaghat, Kamrup (metro) and Kamrup.

On Thursday, violent protests rocked Assam and other northeastern states against the controversial Bill that was passed by the Parliament earlier this week and has now become an act following President's nod yesterday.

Prime Minister Narendra Modi gave an assurance to the people of Assam that no one can take away their rights, unique identity and beautiful culture, amid protests in parts of the state against the CAB. Most flights to and from Guwahati and Dibrugarh were cancelled yesterday by various airlines, while the railways suspended all passenger train services to Assam.

Assam Chief Minister Sarbananda Sonowal has urged people to maintain peace and asserted that the Central government was committed to implementing Clause 6 of the Assam Accord to protect the state`s cultural and linguistic identity.

We are resolutely committed to protect the identity, rights, heritage and culture of the Assamese people.

My appeal to all, let us together continue on the path of progress and keep alive our ancient values of peace, harmony and brotherhood. pic.twitter.com/sSJc1XeQQ1

The CAB smoothly sailed through Parliament after the Rajya Sabha passed it on Wednesday. As many as 125 members of the Upper House voted in favour while 105 MPs voted against the Bill, which was passed by Lok Sabha earlier this week.