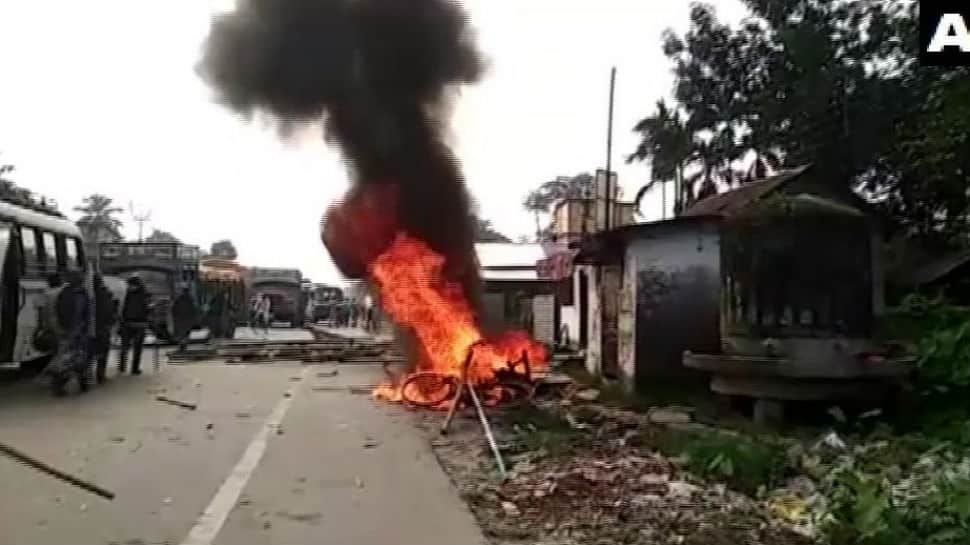 Offices of both the parties were vandalised during the clash. No casualties have been reported so far.

Just last week, a TMC was killed in Cooch Behar as violent clashes erupted during BJP's Sankalp Yatra in Pundibari.

The BJP claimed that the TMC cadres prevented the rally from advancing and supporters from both the parties clashed with each other. Later, the BJP cadres reportedly vandalised and ransacked four TMC party offices and crude bombs were hurled at the cadres.

The TMC leader got trapped in the bombing and died suffering a cardiac arrest. He was rushed to the local hospital where he was declared brought dead. However, the BJP ruled out the allegations.

In September too, two policemen and ten BJP workers were injured after a clash broke out between the two sides in Rampur area of Cooch Behar district.