Several people were injured as clashes broke out in various parts of West Bengal on Sunday when police sought to stop BJP activists from holding the `Vijay Sankalp` bike rallies. 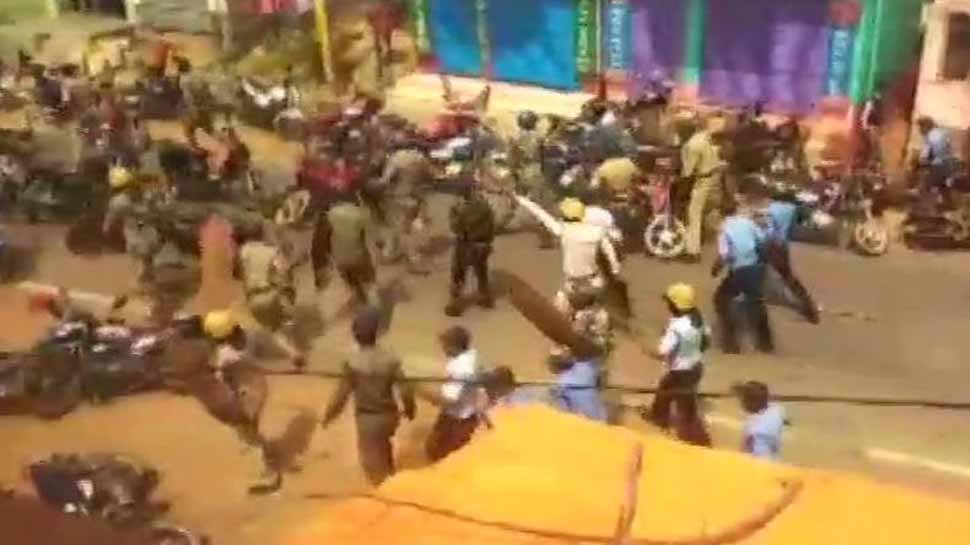 KOLKATA: Several people were injured as clashes broke out in various parts of West Bengal on Sunday when police sought to stop BJP activists from holding the `Vijay Sankalp` bike rallies.

Launched by Bharatiya Janata Party President Amit Shah on Friday, the bike rallies are part of the party`s nationwide outreach campaign ahead of the upcoming Lok Sabha elections.

However, in West Bengal, the rallies were denied permission because of board examinations and traffic issues, a senior police officer said.

Workers of the BJP and the ruling Trinamool Congress clashed in Baraboni of West Burdwan district during the rally, police said.

BJP leader and Union minister Babul Supriyo, who led the bike rally in Baraboni, accused the police of attempts to stop the event.

"West Bengal Police tried so hard to obstruct BJP`s peaceful #VijaySankalpaBikeRally at Amdiha More, Baraboni but how could they have stopped us when we had the support of the people with us??" he said in a series of tweets. "Log saath aate gaye aur carvaan banta gaya (people kept on joining, and the caravan took shape)".

In Durgapur, the activists scuffled with police, following which the Rapid Action Force was called in to restore order.

State BJP President Dilip Ghosh said around 100 such rallies were being organised in Bengal. "I have flagged off a rally in Durgapur. Workers are being arrested and such arrests will take place everywhere. But we will be successful," he said.