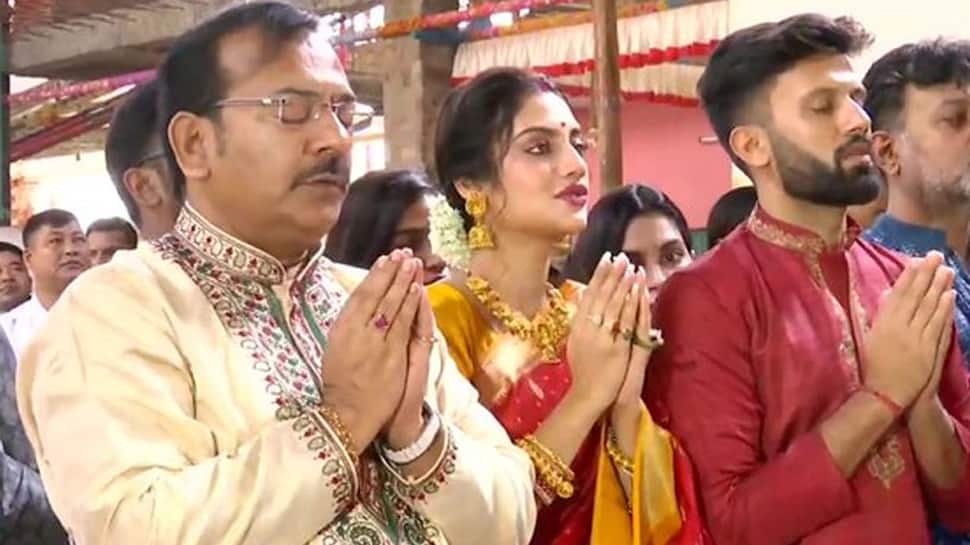 "Islam does not allow its followers to pray before any other God other than the almighty Allah. Nusrat Jahan has performed puja which is totally anti-Islamic. She is not practising Islam. She even married a non-Muslim. Since she does not believe in Islam, she should change her name. Why is she insulting the Islam?" Mufti Kazmi, vice-president of Itehaad Ulema-e-Hind, told ANI.

Talking to media after offering the puja, Nusrat said that she offered prayers to Goddess Durga in order to promote religious harmony. "I think I have my own way of portraying harmony towards all religions. Born and brought up in Bengal, I feel I am doing right by following culture and tradition. Here, we celebrate all the religious festivities," she said .

It may be recalled that Nusrat was slammed by Islamic clerics in June, 2019 when she tied the knot with a non-Muslim businessman, Nikhil Jain. Her husband, however, said that Nusrat's decision to offer puja is actually a positive message for India.