A cloudburst hit Uttarkashi region of Uttarakhand on Sunday, flattening homes in several villages and leaving many residents trapped. 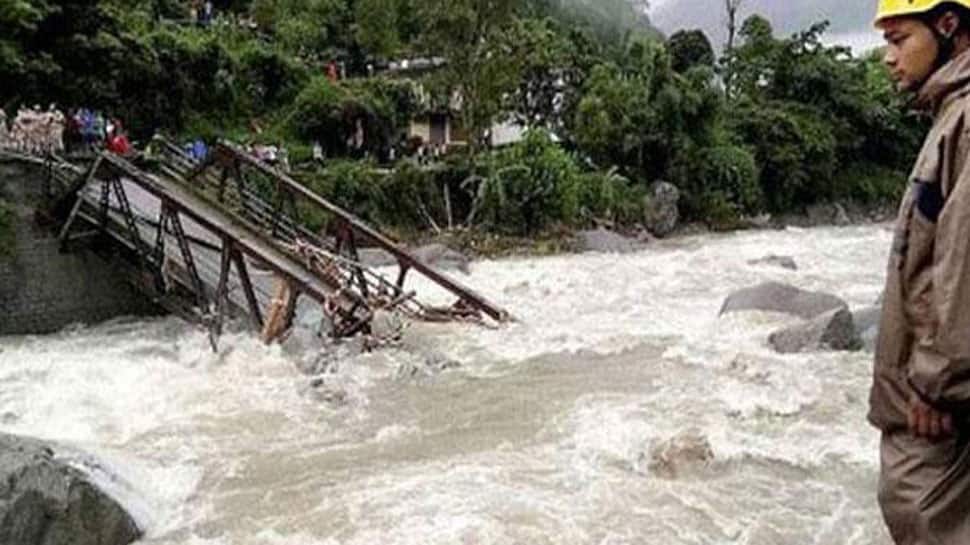 Major damage was reported in Arakot, Makudi and Tikochi villages of the state. All the three villages are connected to Himachal Pradesh and the road joining them has been washed away due to the cloudburst.

A house was also washed away in Arakot and two people present in the house were swept away. According to Superintendent of Police (SP) Uttarkashi Pankaj Bhatt, the Disaster Management team has left to carry out rescue and evacuation process in the region.

In Makudi, the State Disaster Response Force (SDRF) confirmed that a women was buried under the debris of her house following a cloud burst.

Meanwhile, the Tons River in Uttarkashi's Mori Tehsil is overflowing due to incessant rain followed by a cloudburst. The state government has dispatched teams of Indo-Tibetan Border Police (ITBP), National Disaster Response Force (NDRF) and SDRF to carry out rescue and evacuation process.

The India Meteorological Department (IMD) has forecast  "heavy to very heavy rainfall" in the state in next 24 hours.

"The ongoing widespread rainfall with isolated heavy to very heavy falls over Jammu & Kashmir, Himachal Pradesh, Uttarakhand, Punjab and Haryana, Chandigarh & Delhi is likely to continue for next 24 hours and reduce thereafter," the MeT department said.