Bedi also criticised Narayanasamy and said that he should have given her time to reply after writing a letter on several issues. 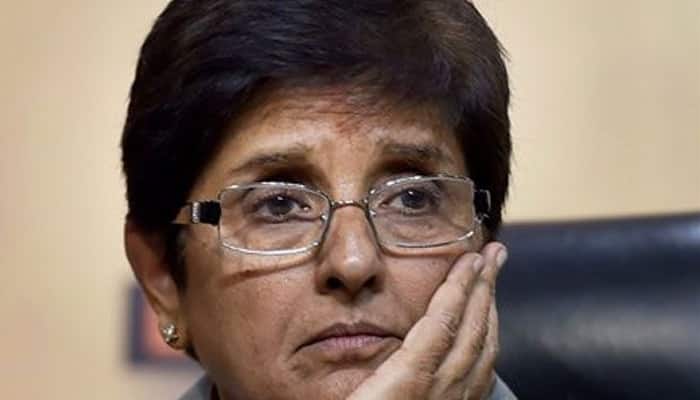 “His wife died in a road accident because she wasn’t wearing a helmet while riding a scooter. That was a few years ago. It is tragic... If I go on the road and I tell people to wear a helmet, he says it’s autocratic,” Bedi told ANI.

Bedi also criticised Narayanasamy and said that he should have given her time to reply after writing a letter on several issues. “He (CM) wrote a letter to me on February 7 on 36 issues, some of which don`t exist or have been settled. I received it on February 8. Yesterday, he sits on a dharna saying he demands a reply. The letter didn`t say that if you don`t reply by February 13, I will sit on a dharna,” Bedi said.

The L-G added that she was willing to hold discussions with the CM over several issues and has already invited Narayanasamy for the same. “I wrote to him (Puducherry CM) a letter that `you are welcome to come and see me on February 21 at 10 am, as I am on a tour till February 20 starting today. I will return on February 20 midnight. And tell me what could be more right. He is still sitting there. He isn`t allowing people to wear a helmet. One Puducherry citizen dies every third day. I have asked the police to enforce the decision. He is committing contempt of court and I am only carrying out my duty,” Bedi said.

It is to be noted that Bedi has been at loggerheads with the Puducherry Chief Minister on several issues and Narayanasamy has accused the L-G of delaying clearance to welfare schemes deliberately. The Puducherry is sitting on protest in front of Raj Nivas since Wednesday demanding that the central government should recall Bedi.