Ojos del salado is also the highest volcanic mountain in the world. 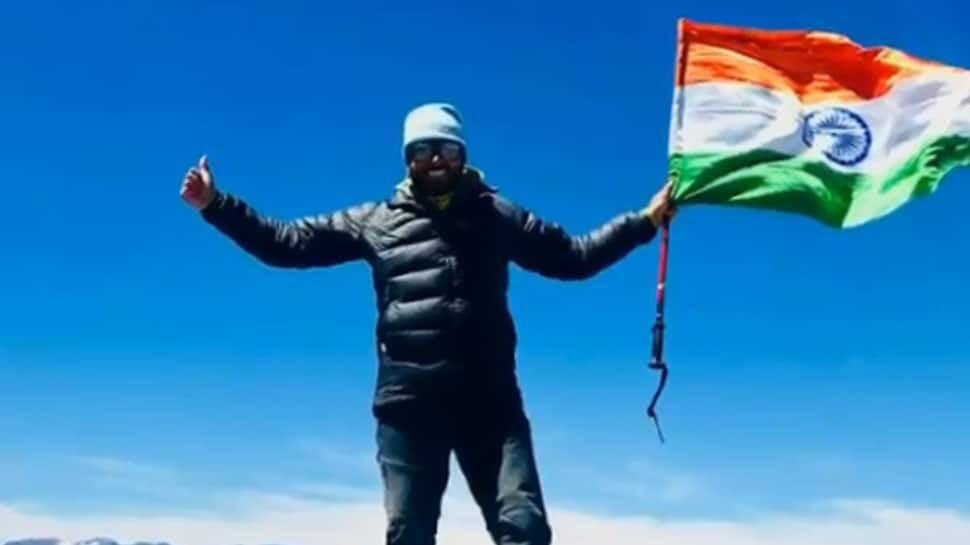 In a first for the Indian Army, an officer made a landmark achievement after he scaled six mountain peaks of at least 6,000 metre (20,000 feet) in 10 days.

Ojos del salado is also the highest volcanic mountain in the world.

The Indian Army took to its Twitter account posting a video of Jamwal on the summit of the mountains.

Earlier on December 24, 2018, he had tweeted, "Ready to climb the last leg of the 7 continental summits... Vinson Massif. Prayers and best wishes from all is what I need, to carry the pride of Army & the nation to Antarctica !!"

He has the distinction of climbing Mount Everest three times. He has done more than 30 expeditions across six continents. He is the only person in India to lead back to back three Everest Expeditions and total 51 climbers have climbed Everest under his dynamic leadership.

In 2015, Col Jamwal and his team had rescued a team of climbers at Everest saving more than 60 lives.

"Mountaineering is my passion. I have lost one finger once I was doing one Himalayan Summit. I am very thankful to my family members who always stood with me," said Col Jamwal.

Col Jamwal is the proud recipient of Highest Adventure Award of India Tenzing Norgay National Adventure Award. He was awarded along with Virat Kohli with many other prominent personalities in 2013.

He has got 7 Awards from Army including the prestigious Vishisht Seva Medal twice. He was declared the best mountaineer of India by Indian mountaineering foundation in 2017.