FMCG firms and big corporates will have to ensure that retailers pass on the benefit of GST rate cut to consumers, Hasmukh Adhia said on Saturday. 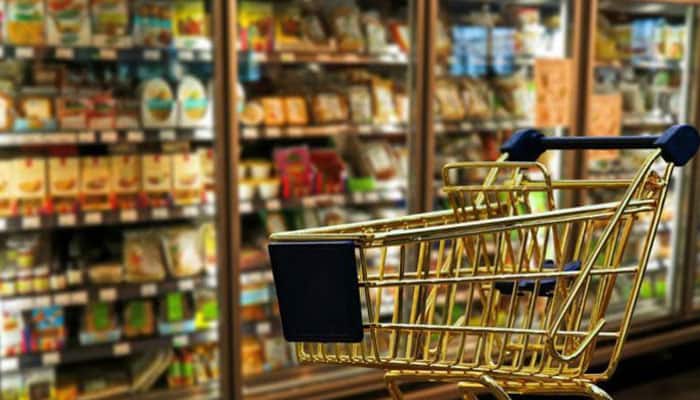 New Delhi: FMCG firms and big corporates will have to ensure that retailers pass on the benefit of GST rate cut to consumers and sell their products only after lowering the MRP, Finance Secretary Hasmukh Adhia said today.

With regard to restaurants hiking their menu prices after the GST rate was cut, Adhia said "after 5 per cent tax if any restaurant wants to increase their prices, maybe because their input cost has gone up, then they are free to do it if competition permits, because restaurant sector is mostly covered by competition".

Of this, 178 items, mostly FMCG products, were brought down from 28 per cent to the 18 per cent slab.

The revised tax rates have come into effect from November 15.

Adhia said it is absolutely necessary for every retailer to ensure that wherever MRP (Maximum Retail Price) is written on a product, it is inclusive of all taxes.

"So, if there's old MRP pasted on the product, which is based on 28 per cent tax rate, then there should be an immediate reduction on that product. The responsibility of this lies with FMCG companies.

"The company, which is selling products with MRP, has to ensure that its entire chain of wholesalers, retailers are informed and has to ensure that after November 15 the retailer charges the MRP after taking into consideration the reduction in tax rate from 28 per cent to 18 per cent," Adhia told DD News.

When asked what would happen if any retailer does not pass on the benefit despite the corporate reducing the rate, Adhia said, "If there is any such retailer who even after the company has declared the revised MRP is not selling it accordingly, then it is the responsibility of FMCG (company)."

"I again want to appeal to FMCG companies that if they want to be safe from anti-profiteering action then they have to ensure that their whole retail chain is informed and immediately pass on the effect of reduction of tax rate from 28 per cent to 18 per cent to consumers," said Adhia, who is also the Revenue Secretary.

On concerns over small businesses coming under the lens of the anti-profiteering authority, he said it will take action only against big organised sector companies because they have the full retail chain and they decide the MRP.

"So smaller businesses would not come under their lens.

"It might have happened that their costs have gone up, but if there is a gap of 10 per cent in price, the consumer should get to see the reduction... We don't want the industry to face any problem, but at the same time consumers should also get their benefit," he said.

With regard to restaurants, Adhia said the tax rates were cut to 5 per cent without any input tax credit (ITC) benefit because the GST Council felt that the input credit chain was not utilised to the optimum. A number of complaints also came in to the standing committee under the anti-profiteering authority that restaurants have not slashed menu prices but are charging higher rates, he said.

There are 3-4 lakh restaurants in the country and checking all of them for complaints of profiteering would have been difficult, he added.

Earlier, AC restaurants attracted 18 per cent GST, while non-AC ones were levied 12 per cent.

"The complaint against restaurants was they imposed 18 per cent on menu price. 90 per cent restaurants were such who need not take much ITC because the items used there are either in nil or lower slabs.

"Also the ITC chain was getting blocked... After 5 per cent tax if any restaurant wants to increase their prices maybe because their input cost has gone up, then they are free to do it if competition permits, because restaurant sector is mostly covered by competition.

"Keeping all these in mind, we have decided this and I think very few anti-profiteering action will be required on restaurants," he said.

Restaurants in starred-hotels that charge Rs 7,500 or more per day room tariff will be levied 18 per cent GST but input tax credit is allowed for them.

The restaurants in hotels charging less than Rs 7,500 room tariff will be charged 5 per cent GST but will not get ITC.

Adhia said that the screening committee, set up under the anti-profiteering authority to look into state-level complaints, had received 39 complaints of which 38 were from Haryana against a real estate company.

The Standing Committee, set up to look into issues of mass importance, received 18 complaints of which 4 pertained to real estate sector and an equal number were against restaurants.

CWC meet on Monday, decks set to be cleared for Rahul's elevation as next Congress chief