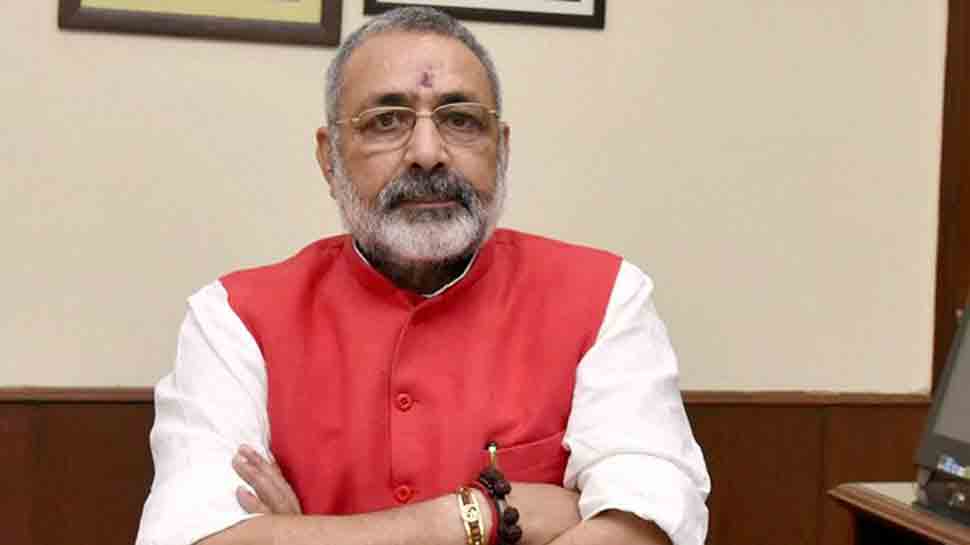 Here's the copy of the complaint filed against the firebrand leader: 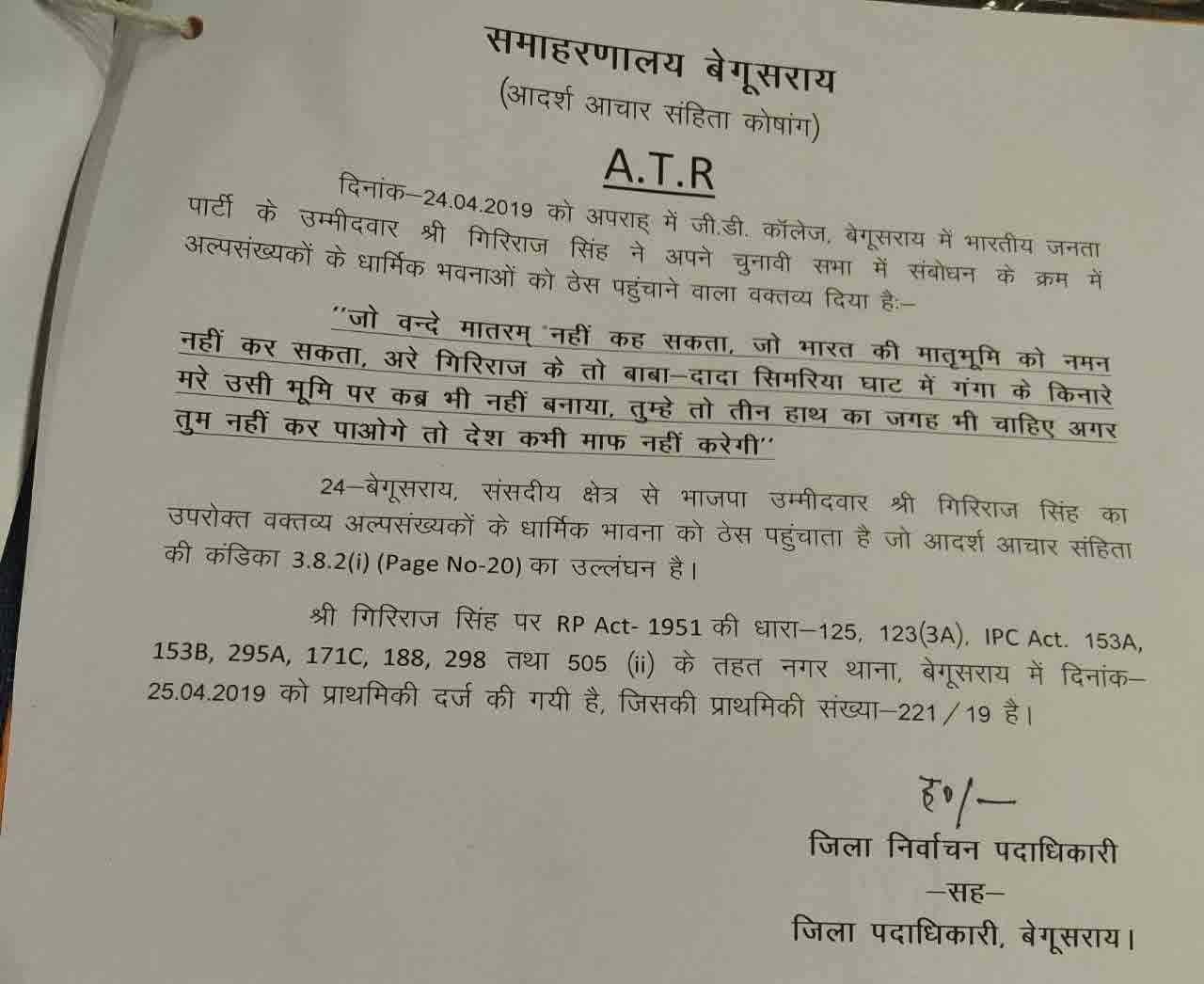 The complainant alleged that Singh's remarks hurt the sentiments of a section of a minority group.

Giriraj is known for his hardline Hindutva views and has often triggered controversy with his harsh opinions.

On Tuesday, Giriraj Singh stokes a controversy when he demanded the Election Commission to impose a ban on the use of green flags, which is often associated with political and religious bodies associated with Muslims. Giriraj alleged that the green flags spread hate and create a perception of being used in Pakistan.

Known for his hardline Hindutva views that have often triggered controversies, Singh said his fight from this parliamentary constituency is against a "gang" working for "breaking up" India, and asserted that he represents the agenda of cultural nationalism and development.

Singh is locked in a triangular contest with RJD's Tanveer Hasan and young CPI leader Kanhaiya Kumar. He had won with a margin of over 1.4 lakh votes from Bihar's Nawada Lok Sabha constituency in 2014, but has been shifted to Begusarai this time.

He had publicly expressed his anguish over the shift but was placated by the central leadership with party president Amit Shah himself reaching out to him.

The constituncy goes to polls on April 29.