Bengaluru: The opposition Congress has announced the names of six more candidates for contesting the upcoming Assembly by-election in Karnataka on December 5.

"Interim Congress president Sonia Gandhi has approved the names of the candidates for contesting the Karnataka assembly by-elections," Congress general secretary Mukul Wasnik said in a statement issued in New Delhi on Saturday. 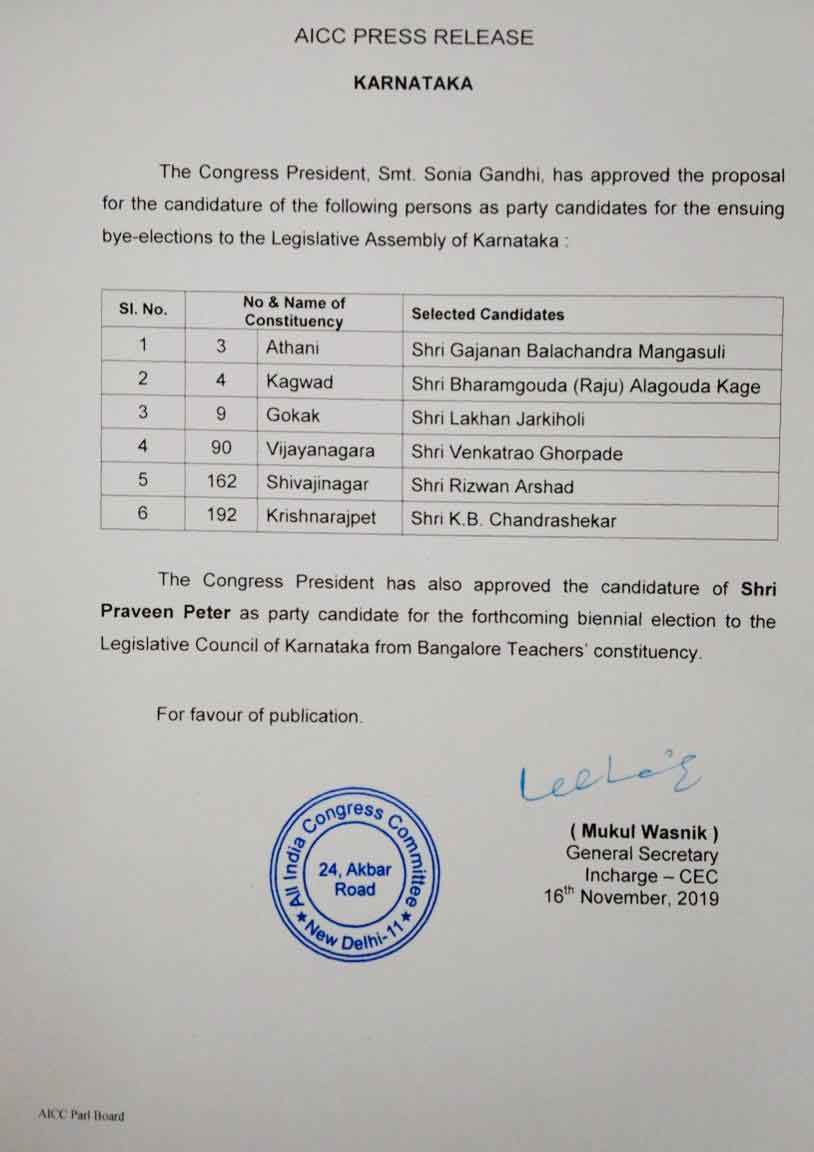 The party had earlier announced candidates for eight other Assembly segments on October 31.

However, the party is yet to announce a candidate for the Yeshwanthapura seat in Bengaluru north.

The by-election in Karnataka has been necessitated in 17 Assembly segments following the resignation of their legislators belonging to the Congress (14) and Janata Dal-Secular (3) in July.

Elections have been withheld in two seats because of pending court cases.

Bypolls in Muski (Raichur district) and RR Nagar (Bengaluru southwest) have been withheld due to litigation in the Karnataka High Court over their results in the May 2018 Aassembly elections.

The counting of votes will take place on December 9.

The apex court recently upheld the disqualification of rebel Karnataka Congress and JDS MLAs by the then Speaker but alowed them to contest the assembly by-election in the state.