While addressing a rally in Beirhat of Sahibganj district in Jharkhand, PM Modi reassured that Citizenship Amendment Act does not snatch away any rights of an Indian citizen nor does it cause any harm. 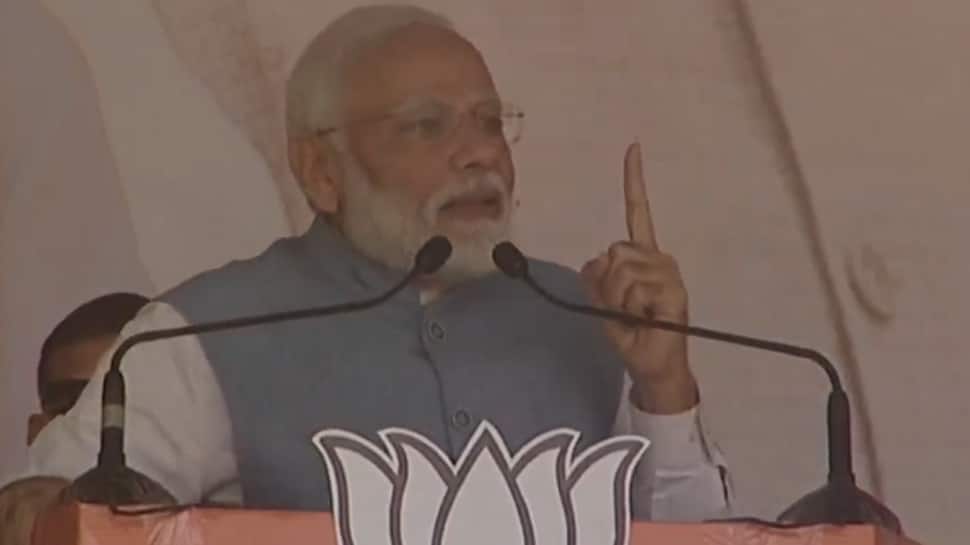 Ahead of polling for the last phase of Jharkhand Assembly election, Prime Minister Narendra Modi on Tuesday claimed that the Congress was spreading violence and creating "an atmosphere of lies to scare Indian Muslims ", news agency ANI reported.

While addressing a rally in Beirhat of Sahibganj district in Jharkhand, PM Modi reassured that Citizenship Amendment Act does not snatch away any rights of an Indian citizen nor does it cause any harm.

"This act is for those people who have been in a very miserable condition for a long time. The Act we made is for the people who have been suffering religious persecution in the three neighbouring countries and have come to India because of it. So where is the infringement of rights od any Indian Muslim or any other Indian," Modi asked.

He added, "If Congress and its allies have guts then they should announce they will revoke the law which has been made against Triple Talaq.

He also appealed to the youths to "debate the policies and protest democratically".

PM Modi spoke about the ongoing clash between the students and police while protesting the Citizenship Amendment Act (CAA). He said, "Stop this guerilla politics. Indian Constitution is our only holy book. I appeal to youth in colleges to debate our policies, protest democratically. We will listen to you. But some parties, urban naxals, are firing off your shoulders.""