Former MP and Congress General Secretary Jyotiraditya Scindia on Wednesday said that Congress is in bad shape and needs introspection without wasting any more time. 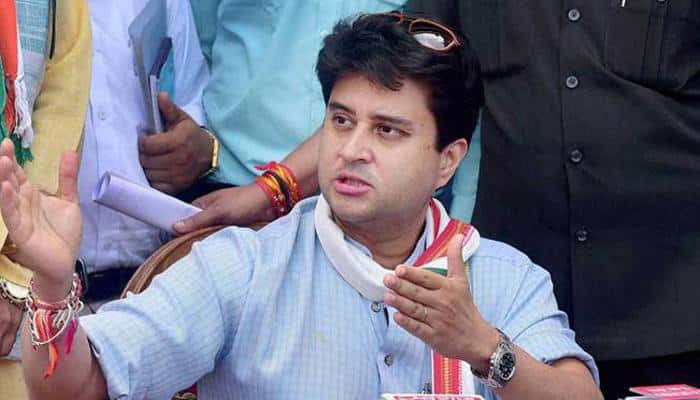 Hours after senior Congress leader Salman Khurshid raised an alarm over the future of Congress, former MP and Congress General Secretary Jyotiraditya Scindia on Wednesday raised similar concerns, stressing that the Congress needs introspection without wasting any more time. "It is important to assess the situation in Congress to take the party ahead," Jyotiraditya Scindia said. He added that the party is in a bad shape and urgent introspection is needed to resurrect the party.

The Congress leader also spoke about Maharastra elections and said, ''My work in Maharastra was restricted to ticket distribution, rest is being dealt by the party. I strongly believe that Congress will taste victory in the state.''

The former Guna MP, however, refused to comment on Salman Khurshid's statement in which he had said that Congress is unlikely to taste victory in the upcoming assembly election in Haryana and Maharashtra.

Earlier on Wednesday, Khurshid had said that the Congress is suffering because former party president Rahul Gandhi walked away after facing humiliation in the 2019 Lok Sabha election. Khurshid pointed out that the departure of Rahul Gandhi has left a vacuum in his party, which has further complicated the situation.

''We need to know why we are in the state in which we are. Unfortunately, despite our earnest pleading, Rahul Gandhi decided to step down and resign from the president post. We wanted him to continue but it was his decision and we respect it,'' he said.

“Our biggest problem is that our leader (Rahul Gandhi) has walked away. It has a kind of left a vacuum. Sonia Gandhi stepped in, but there is more than an indication that she is treating herself as a stop-gap arrangement. I wish it wasn’t so,” he added.