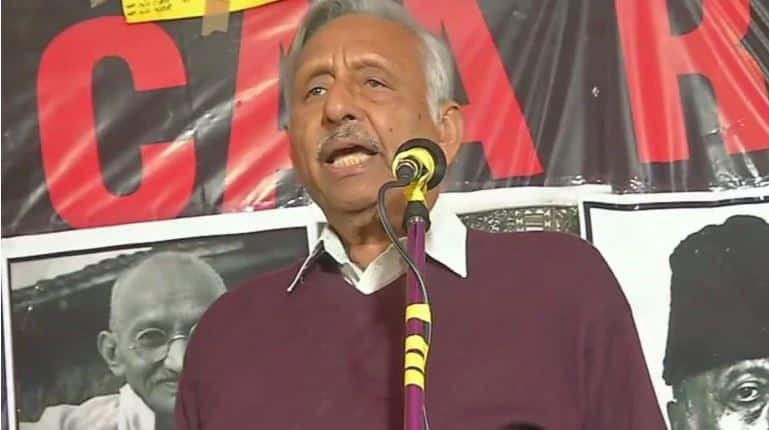 Veteran Congress leader Mani Shankar Aiyar on Tuesday (January 14) visited Shaheen Bagh in New Delhi to express solidarity with those protesting against the Citizenship Amendment Act (CAA) and praised the protesters, mostly women, for expressing their voice against the new legislation.

The Congress leader visited Shaheen Bagh just hours after the Delhi High Court asked Delhi Police to look into the traffic issues created due to the ongoing protest at Shaheen Bagh for around 30 days now.

During his speech, Aiyar assured protestors he is willing to help them in whatever way possible and will stand with them in their fight against the CAA. "I am ready to do whatever I can do for all of you. I am making a promise. Whatever support you need from me in a personal capacity, I am ready to provide," he said.

The Congress leader, however, also created a political row when he made an indirect attack on the BJP-led government at the Centre, equating it to killers ("kaatil"). "I am ready to make whatever sacrifice is needed. Now let's see whose hands are stronger -- ours or those killers," he said.

Meanwhile, the anti-CAA protests reached Mumbai's Wankhede Stadium on Tuesday (January 14) as several spectators rose up to protest against the new legislation and NRC during India-Australia ODI at the stadium.

The passing of the CAA, which was notified by the Centre on January 10, has been met with protests in several parts of the country. The new legislation grants Indian citizenship to non-Muslim refugees in India from Pakistan, Bangladesh, and Afghanistan on or before December 31, 2014 on grounds of religious persecution in their home countries.