Upping the ante against the Yogi Adityanath government in Uttar Pradesh, Congress general secretary Priyanka Gandhi Vadra on Thursday demanded a CBI probe into the dramatic arrest of gangster Vikas Dubey from the Mahakal Temple in Ujjain district on Madhya Pradesh. 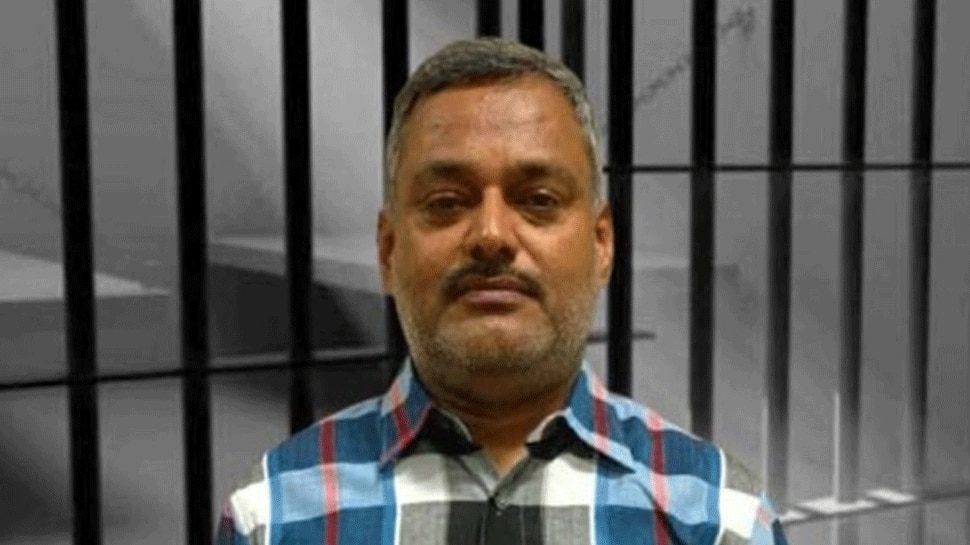 New Delhi: Upping the ante against the Yogi Adityanath government in Uttar Pradesh, Congress general secretary Priyanka Gandhi Vadra on Thursday demanded a CBI probe into the dramatic arrest of gangster Vikas Dubey from the Mahakal Temple in Ujjain district on Madhya Pradesh.

Justifying her demand, the Gandhi scion said that in order to reveal the nexus between the criminal and the higher-ups, a probe by the CBI was necessary.

"After the heinous murders in Kanpur, the promptness with which the Uttar government should have acted, proved to be a total failure. Despite the alert, he reached Ujjain which shows the laxity in the security apparatus and also hints at the connivance,’’ Priynk said in a series of tweets in Hindi.

She further tweeted, "The ‘no action’ on a three-month-old letter and the name of Vikas not being in the list of notorious criminals suggests that the connections are far-reaching. The UP government should conduct a CBI inquiry into the matter and reveal all the facts and the protection-connections."

It may be noted several opposition leaders have attacked the UP police and the state government over the issue and called Vikas Dubey’s arrest as “staged surrender.”

According to the police, Vikas Dubey reached the temple at Ujjain around 8 am and then informed the security men about his identity and asked them to inform the police.

Dubey has been on the run for almost a week, ever since the ambush and killing of eight police personnel in Kanpur. As police searched for him in Haryana, Delhi, a close watch was kept on the Indo-Nepal border.

A photograph that has gone viral, shows Dubey sitting comfortably on a sofa inside the temple complex.

Madhya Pradesh Home Minister Narottam Mishra first confirmed the development. He told reporters that Dubey is in the state police's custody in Ujjain.

The minister, however, did not confirm if the dreaded gangster, who was carrying a reward of Rs 5 lakh on information leading to his arrest, was nabbed from within or outside the Mahakal temple premises.

Later, Vikas Dubey was whisked away to an unidentified location for medical examination and questioning. Meanwhile, two more aides of Dubey were gunned down in separate encounters in Uttar Pradesh.

While Kartikeya alias Prabhat was killed in Kanpur when he tried to flee from police custody, Praveen alias Bauwa Dubey was shot dead in an encounter in Etawah, the police said. Kartikeya, who was arrested from Faridabad on Wednesday, was being brought to Kanpur on transit remand when he snatched the pistol of a policeman and tried to flee, ADG, Law and Order Prashant Kumar said.

"The encounter took place in the Panki area of Kanpur when a police team was bringing Kartikeya alias Prabhat from Faridabad to Kanpur on transit remand. The police vehicle had a flat tyre. Taking advantage of the situation, Kartikeya tried to flee after snatching the pistol of a policeman," he said.

Kartikeya opened fire at the policemen accompanying him, injuring two Special Task Force (STF) personnel, and was killed in the ensuing exchange of fire, the officer said. Praveen alias Bauwa Dubey, wanted in connection with last week's Kanpur ambush, was killed in an encounter in Etawah, the police said.

"The police team surrounded a person at about 4.30 am and he was killed in an exchange of fire. The deceased was identified as Praveen alias Bauwa Dubey, who was wanted in connection with the Kanpur ambush. He was carrying a reward of Rs 50,000 on information leading to his arrest," Etawah Superintendent of Police (SP) Akash Tomar said.

Eight policemen, including a deputy superintendent of police, were ambushed in Bikru village in the Chaubeypur area of Kanpur, where they had gone to arrest Vikas Dubey and fell to bullets fired from rooftops last Friday.

Five persons have so far been killed in separate police encounters since the Kanpur ambush. Earlier, Amar Dubey was killed in Uttar Pradesh's Hamirpur on Wednesday, while Prem Prakash Pandey and Atul Dubey were gunned down in an encounter in Kanpur on July 3.