Congress MLA Nitish Rane and 18 of his supporters were sent to 14-day judicial custody on Tuesday by Kankavali Court for assaulting a PWD engineer. 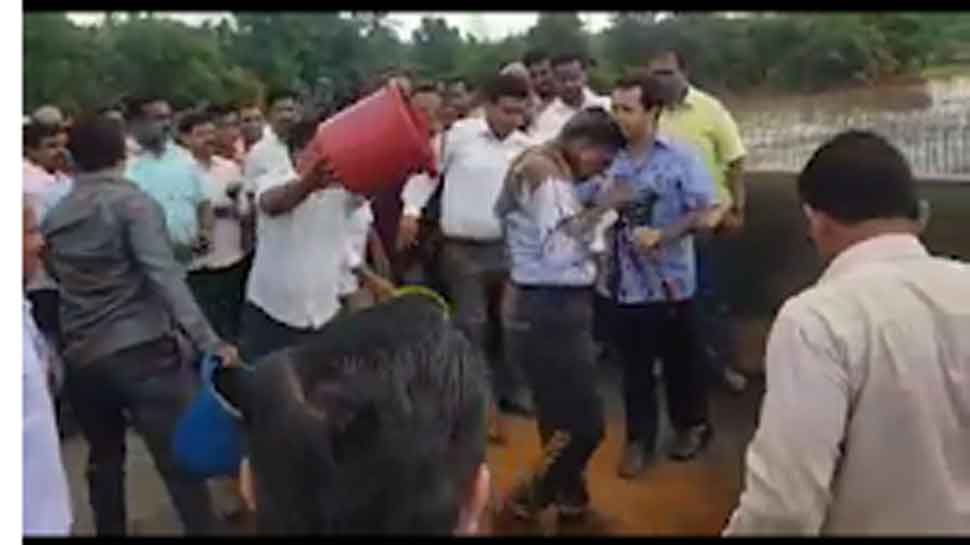 In a major relief for Congress MLA Nitesh Rane, a court in Maharashtra's Sindhudurg on Wednesday granted him bail. Rane was arrested for throwing mud on an engineer on Thursday. The court granted bail to Rane for Rs 20000 as surety and on condition that he will appear before Kankavli police station every Sunday. The court also ordered Rane to not repeat such offence in future.

Rane and 18 of his supporters were sent to 14-day judicial custody on Tuesday by Kankavali Court for assaulting the PWD engineer. Earlier on Friday, Rane and his supporters were sent to police custody till July 9 following their arrest for assaulting a PWD engineer and throwing mud on him. They were produced before the court after the end of their police custody on Tuesday.

The incident happened on Thursday after Rane arrived at Kankavali section of the highway with some of his supporters to conduct an inspection of the work done by the government authorities.  He also called PWD engineer Prakash Khadekar to the spot and reprimanded him over the situation of the highway, which was ridden with potholes.

The whole incident was captured in a video that went viral. In the video, Rane's supporters could be seen pouring buckets of mud on Khadekar and tying him to the railing of the bridge. Later, the engineer filed a complaint under IPC Section 353 (assault on government servant) against Rane and his supporters.

It is to be noted that Rane had expressed no regret over his misbehavior and had justified his action by saying that the officer was not doing his job properly. Rane had also said that now he will oversee the repair work on the highway with a stick in his hand. "Now I will myself oversee the repair work on this highway, with a stick in my hand. Everyday at 7 am I will reach here. Let me see how does the Govt system win against us. We have the medicine to tackle their arrogance," he had said.

Rane is the Congress MLA from Kankanavi area of Sindhudurg district.  He is the son of BJP-nominated Rajya Sabha MP Narayan Rane, who is a veteran Maharashtra politician and has earlier served as the chief minister of the state.