According to a report, Rahul`s team was the reason itself for the party`s massive defeat in the recently concluded Lok Sabha elections. 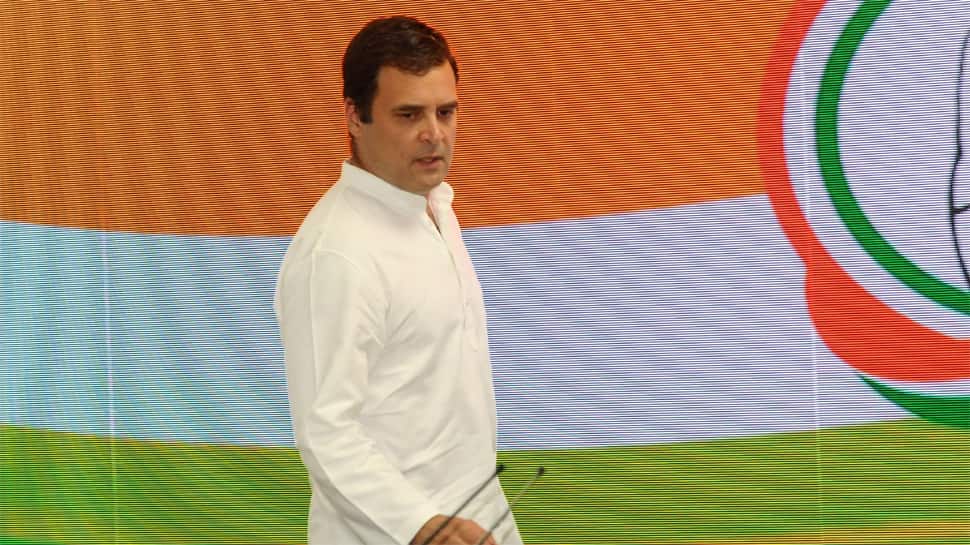 New Delhi: Senior Congress leader Harish Rawat on Sunday refuted a media report, claiming that Congress president Rahul Gandhi was misled by his own team and was made to believe that the party would be securing seats somewhere between 164 and 184 in the recently concluded Lok Sabha elections.

Speaking to ANI over the report, which has mentioned his name, Rawat said: "We make an estimated data during the election, which we share with our leader. During the Lok Sabha elections, we did the same. Unfortunately, it was proved wrong this time."

"However, only the BJP is happy after getting a thumping majority. People were seen as not happy with the BJP's victory. Only BJP supporters or workers were seen celebrating. Those BJP leaders who have won are still in a dilemma over their victory," he said.

According to a report, Rahul`s team was the reason itself for the party`s massive defeat in the recently concluded Lok Sabha elections. The report has claimed that Gandhi decided to step down from the post of Congress president, as he was misled by his own team and was made to believe that the Congress will be securing somewhere between 164 and 184 seats in the General Elections.

It has been claimed in the report that Gandhi is presently in England and will come back to India before his birthday on June 19. Gandhi, who became the party president in 2017, offered to step down from his post at the CWC meeting on May 25, taking the moral responsibility for the Congress` dismal performance in the 17th General Elections.

However, his resignation offer was unanimously rejected by the CWC. So far, several top leaders have met Gandhi and urged him to continue to lead the party.

The Congress won 52 seats in the Lok Sabha elections, which is just eight more than what the Congress won in 2014. The National Democratic Alliance on May 23 registered a massive victory in the elections, winning 352 seats to retain power at the Centre. The Bharatiya Janata Party alone won 303 seats, its highest ever tally.

3 people, including a minor girl, injured in Pakistan shelling along LoC in Jammu and Kashmir's Poonch