Sitharaman said that Pakistan is islolated only due to strong diplomatic moves of the Modi govt. 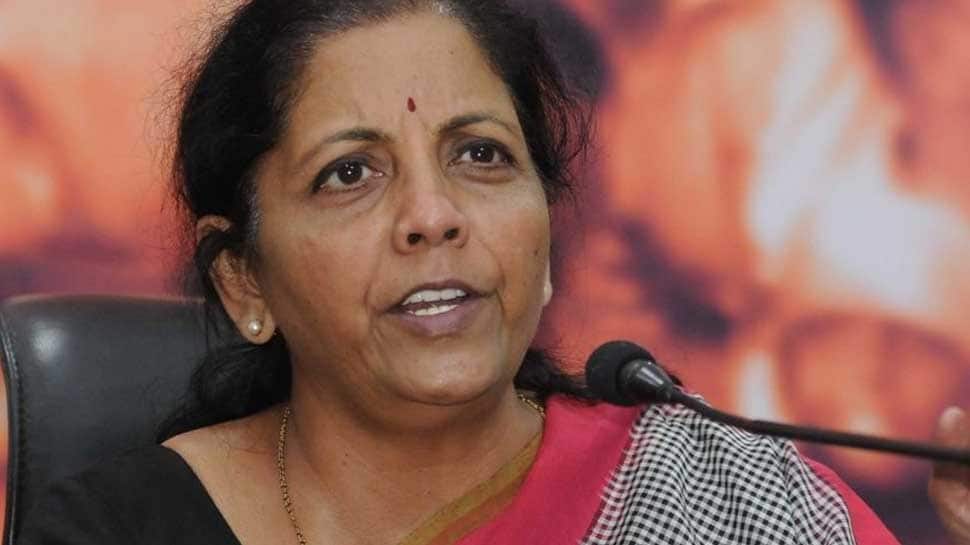 NEW DELHI: Union Defence Minister Nirmala Sitharaman has accused the Congress party of seeking help from Pakistan to remove Narendra Modi as the Prime Minister even as the hostile neighbouring country stands isolated at the global level due to the NDA government's strong diplomatic moves.

The Defence Minister made these remarks while speaking on the party`s political resolution which was adopted on the last day of the two-day BJP National Convention in Delhi on Saturday.

"Pakistan is today isolated in the world arena due to Prime Minister's diplomacy and his ability to maintain relations with all countries. He has built relations with the leaders of the world. Pakistan is feeling the heat today and unofficial (terror) groups supported by Pakistan wreaking havoc in the country are being stopped right at the border," she said.

Sitharaman continued by saying that ''under Modi`s leadership, the defence forces conducted surgical strikes across the border and instead of praising them, the opposition wanted proof".

"We showed them the proof. And it was the same opposition - some leaders of the Congress - who went to Pakistan seeking help to remove Prime Minister Narendra Modi. This is the kind of dirty politics that the Congress plays," she added.

Sitharaman, however, stressed that it was possible only under PM Modi`s leadership that the country could foresee a bright future.

Rallying the BJP workers ahead of the upcoming Lok Sabha polls, Sitharaman asked them to create awareness about the government`s achievements, especially that Prime Minister Narendra Modi has provided "corruption-free" five years and that no major terror attack has taken place during this period.

"BJP workers should highlight two things. First, that there has been no major terrorist attack after 2014. All attempts to wreak havoc in the country have been eliminated at the border itself and this government has ensured that there are no opportunities for terrorists to disturb peace.

"And second, that we have had corruption-free five years. There has not been even a whisper of corruption in this government," Sitharaman said.

She said that from small to large reforms, Prime Minister Modi had paid attention to good governance.

"If we have to continue on the road of `sabka saath, sabka vikaas` (development for all), we can`t afford to lose momentum. It`s only under Prime Minister Narendra Modi`s leadership that the country can foresee a bright future," she said.

The Defence Minister said the country presented a very sorry picture in 2014 before this government came to power.

"India lived in hopelessness as the government was not responsive, it did not know what the poor needed, there was complete policy paralysis, corruption was rampant and terrorists used to play havoc in the country," she said.

She said the first thing that PM Modi said after taking charge was that his government would be committed to the welfare of the poor.

"If one counts the number of pro-poor decisions Prime Minister Modi has taken, they would find that there has been on an average one decision every day over the last almost five years. This has led to the transformation that India is witnessing today."

She said the Modi government was able to implement various social welfare schemes because it was able to maintain peace, which was its top priority.