Congress to hold massive agitation in October over economic slowdown

Congress interim president Sonia Gandhi too attacked the BJP government over the economic slowdown and accused it of indulging in vendetta politics. 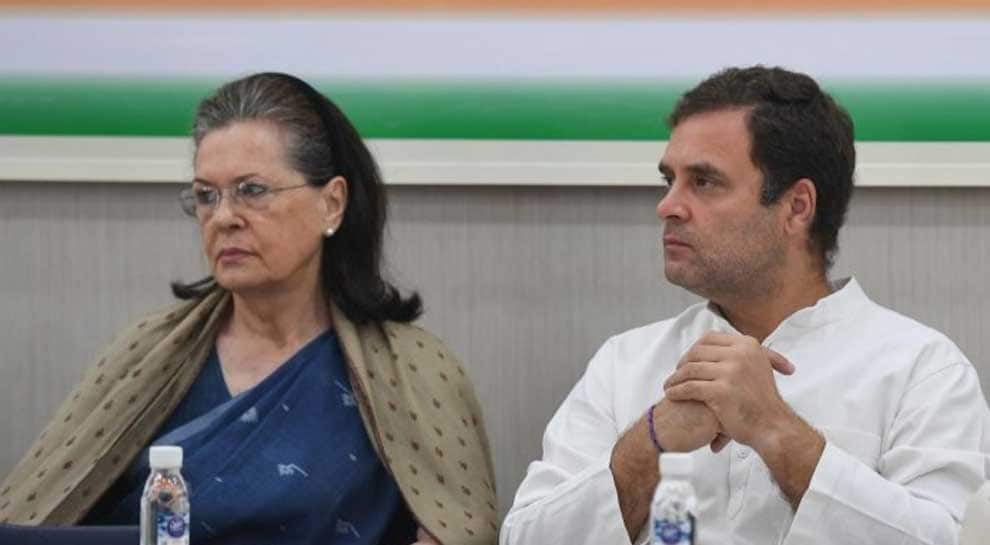 New Delhi: Congress party will hold a massive agitation across the country next month against the  Narendra Modi-led NDA government's flawed policies which have caused the economic slowdown in the country. Speaking on the issue, senior Congress leader KC Venugopal said, ''Congress party will hold massive agitation across the country from 15-25 October on the issue of economic slowdown.''

Congress leader KC Venugopal: We will organise massive agitation across the country from 15-25 October on the issue of economic slowdown. pic.twitter.com/NwQlVM48RN

It may be noted that former prime minister Dr Manmohan Singh had earlier slammed the flawed policies of the Modi government and blamed them for the current economic slump.

Dr Singh asked Congress party leaders to hit the streets to inform people about the policies of the earlier UPA government at the Centre during the global economic recession.

The former Prime Minister`s views were supported by Congress General Secretary Priyanka Gandhi Vadra, who was also present in the meeting along with several other senior leaders.

Congress interim President Sonia Gandhi too attacked the BJP government over the economic slowdown and accused it of indulging in vendetta politics as she told party leaders that it was not enough to be aggressive only on social media as "democracy was in peril" and the mandate was being "misused" by the government.

According to a Congress source, "Sonia told the party leaders that democracy is in peril today. The electoral mandate is being misused and abused in a most dangerous fashion by the government. Appropriation of freedom fighters and leaders like Mahatma Gandhi, Sardar Patel, and BR Ambedkar with the sole aim of misinterpreting their true messages to further their nefarious agenda. The Congress party must have an agitational agenda, and merely being active on social media is not enough."

Sonia made these remarks while addressing the meeting of party general secretaries, state in-charges, state unit chiefs and others here.

A party source said that she also recalled the UPA regime's achievements in dealing with the economic slowdown between 2007 and 2009.

"She told party leaders that our government had taken the economy out of the slowdown during the economic recession," the source said.

She also recalled how during the UPA regime the Congress-led government was able to generate jobs.

Slamming the government over the economic slowdown, Sonia told the party that the BJP-led NDA government has been unable to save jobs in several sectors.

The interim Congress president said that "the resilience and resolve of the oldest party is being tested today. And we need to go to people."

This is the first meeting of Sonia with senior party leaders, a month after she was appointed the party`s interim chief.

Her son and former Congress chief Rahul Gandhi stepped down from the top post taking moral responsibility for the party's loss in the Lok Sabha polls.

According to party sources, the Congress top leadership also deliberated on the plans to celebrate Mahatama Gandhi's 150th birth anniversary, membership drive and the training of party workers.