The Congress has already decided to talk to likeminded parties to oppose the bill but in the lower house the opposition could not do anything as BJP has a majority but in Rajya Sabha Congress may try to stall the bill. 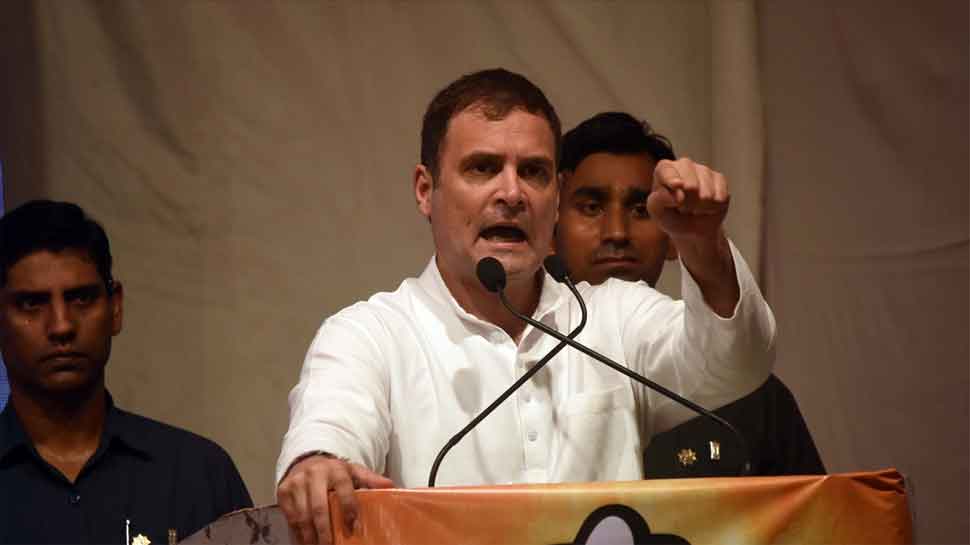 New Delhi: The Congress has decided to oppose the Citizenship Amendment Bill which is to be introduced on Monday by Union Home Minister Amit Shah in the Lok Sabha, after its parliamentary strategy group meet at Sonia Gandhi's residence here on Sunday.

After the meeting, Congress leader in Lok Sabha, Adhir Ranjan Chowdhury said "The bill is a violation of our Constitution's secular ethos, culture, tradition and civilisation, and we will oppose it."

The Congress has already decided to talk to likeminded parties to oppose the bill but in the lower house the opposition could not do anything as BJP has a majority but in Rajya Sabha Congress may try to stall the bill.

The Left parties have also decided to oppose the bill and press for amendments. The party said on Sunday said that "it will move two amendments seeking deletion of reference to Pakistan, Bangladesh and Afghanistan and to religion in the Bill", as it wants refugees from all neighbouring countries under the ambit of the Bill.

The CAB is opposed by the Congress-led opposition but the government has ignored it and decided to go ahead with the Bill. The North East Students Organisation (NESO) has also opposed the bill and had asked Prime Minister Narendra Modi and Home Minister Shah whether the government is for its own citizens or for the illegal migrants.

"From the attitude and approach of the government of India, it clearly shows that the government is for the illegal migrants,"the apex student body of the indigenous communities in the northeastern states noted in the letter to Modi and Shah.

The Cabinet approval for the bill came after Shah held consultative meetings with the Chief Ministers of northeastern states, leaders of different political parties and civil society groups and other stakeholders in New Delhi.

Noting that the Bill will only "encourage more infiltration from Bangladesh where the present Hindu population in Bangladesh is more than 140 lakh," NESO said: "This treacherous act of the government is a big threat to the identity and survival of the indigenous communities of the northeast and this will further alienate the indigenous people of the northeast where we have been receiving only political injustice from time to time."