Several party leaders sat on an indefinite strike on Tuesday urging Rahul Gandhi to take back his resignation as Congress chief. 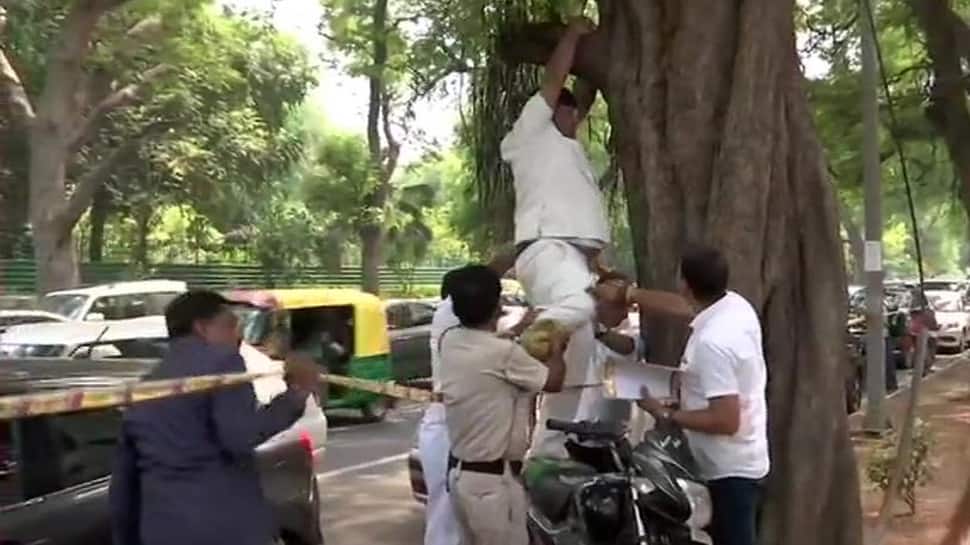 Protests have been on in the Congress across all ranks after Rahul Gandhi submitted his resignation as party chief. Leaders have since been meeting and pleading with Rahul to take back the resignation that he offered following the dismal show of the party in the Lok Sabha election.

The latest in the round of protests was one by a Congress worker in Delhi who tried to hang himself outside the office. Speaking to news agency ANI, he said: "Rahul Gandhi should take back his resignation else I will hang myself."

Delhi: A Congress worker attempted suicide by trying to hang himself outside Congress Office. He says, "Rahul Gandhi should take back his resignation else I will hang myself." pic.twitter.com/AhoClvzEPk

Several party leaders also sat on an indefinite strike on Tuesday. Hundreds of Congress workers, most of who had resigned from various party posts on Friday, gathered at the party headquarters and sat on strike.

Speaking to ANI, Lilothia said: "We have sat on an indefinite strike demanding Rahulji to continue as party chief." He said that the responsibility of the party's poor show in the election lies not just with the Congress chief but with all party leaders.

The indefinite strike comes a day after all five Chief Ministers of Congress-ruled states met Rahul and urged him to continue as the party president. Just ahead of the meeting, Rajasthan Chief Minister and senior party leader Ashok Gehlot had tweeted that Congress leaders are of the firm belief that only Rahul has the capability to lead the party in the current scenario. However, soon after Rahul rejected Gehlot’s request and said he had already decided not to continue as Congress president.

Rahul had offered to step down as the party chief on May 25 during the Congress Working Committee meeting. However, his offer was rejected unanimously by the CWC members, the party's top decision-making body.