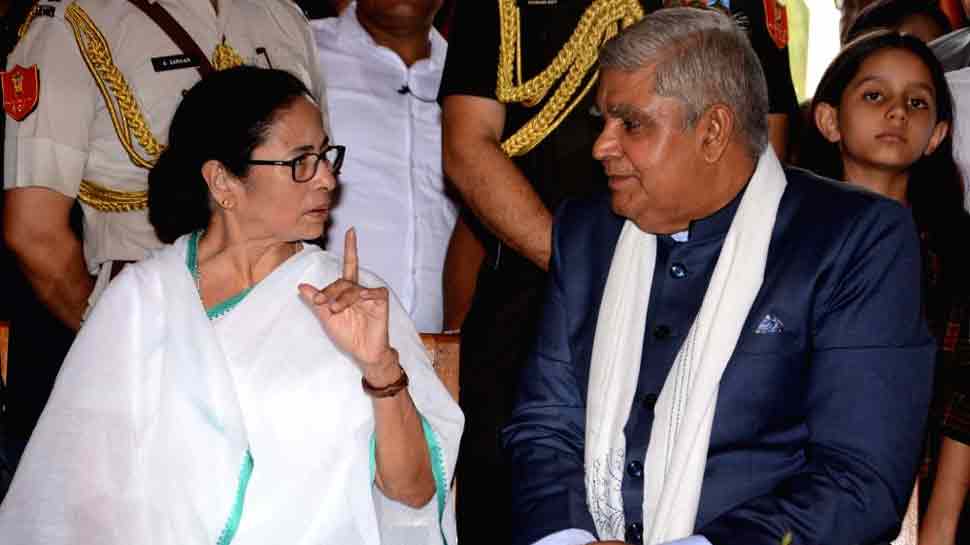 The celebration of Constitution Day on November 26 by the West Bengal Assembly is likely to witness the tussle between Chief Minister Mamata Banerjee and Governor Jagdeep Dhankhar once again.

Giving details of the celebration, state Parliamentary Affairs Minister Partha Chatterjee said, "since this is the 70th anniversary of the adoption of the Constitution of India, we will be celebrating the day on November 26. The Assembly will witness the two-day debate in which eminent speakers will participate."

When asked whether the Governor will be invited, the minister said, "who will be called and who will not be called is the prerogative of Speaker. I don't know."

Amid the tussle between the offices of the Chief Minister and the governor, the Congress party here has criticised the ongoing fracas. According to Abdul Mannan, leader of opposition in the state assembly, "there should be a healthy co-operation from both the sides to mark the Constitution day," while terming the episode as uncalled for.

BJP State General Secretary Sayantan Basu, however, said that the TMC is trying to humiliate the Governor and his office as TMC supporters have already showed black flags to Governor during his recent visit to Midnapore. The Mamata government has already lost its credibility, and now democratic and Constitutional norms are also under threat in the state, he added.