Akhilesh Yadav also attacked the Modi govt over the attack on CRPF convoy in J&K's Pulwama. 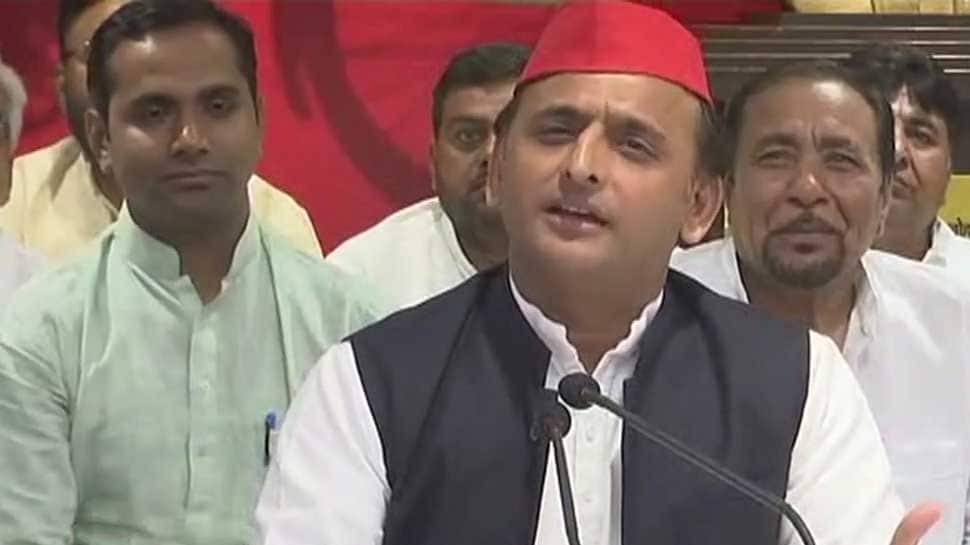 LUCKNOW: Former Uttar Pradesh Chief Minister and Samajwadi Party (SP) chief Akhilesh Yadav has said that the priority of the country's leadership should be to ensure that bulletproof jackets are provided to its soldiers, rather than focussing on bullet trains.

Addressing a press conference in the Uttar Pradesh capital Lucknow, the Samajwadi Party chief took a dig at Prime Minister Narendra Modi-led NDA Government’s ambitious bullet train project and said, “Today the country does not require a bullet train, it is more important that our soldiers get bulletproof jackets.”

The comments from the SP chief comes in the wake of the heinous terror attack on a CRPF convoy in Jammu and Kashmir’s Pulwama district on Thursday, in which as many as 40 jawans were killed.

The Samajwadi Party leader also raised questions over intelligence agencies and called on the central government to formulate a long term strategy for securing the country`s borders.

“Why is our Intelligence failing? You can`t compensate for the loss of lives. The nation stands by its security forces and jawans. If all political parties have put their political events on hold, the ruling party should do the same and form a long term strategy to secure our borders,” Akhilesh said.

His comments came on a day when the security forces killed three JeM terrorists, including two top commanders believed to be behind the Pulwama terror attack, in a fierce 16-hour encounter in south Kashmir on Monday. An Army major and four security forces personnel also lost their lives in the encounter.

A civilian died in the crossfire during the gun battle in the Pinglan area of Pulwama district, 12 km from the spot of the February 14 attack on CRPF personnel which claimed the lives of 40 jawans, officials said.

Deputy Inspector General of Police (South Kashmir) Amit Kumar, a Brigadier, a Lt. Colonel, a Major and four other ranks of the Army unit which carried out the operation suffered injuries, they said.

Two of the slain terrorists were identified as Kamran and Abdul Rasheed alias Ghazi, the so-called divisional commanders of Jaish-e-Mohammed for Pulwama, Tral and Awantipora areas of South Kashmir. The third one was Hilal, a resident of Pinglena in Pulwama, they said.

The Jammu and Kashmir Police had been on the lookout for Ghazi and Kamran after a suicide bomber belonging to the terror group drove his explosives-laden vehicle and detonated himself near a bus carrying CRPF jawans in Lethpora in Pulwama last week.

The Jaish claimed responsibility for the February 14 terror attack that targeted a convoy of 78 vehicles on its way from Jammu to Srinagar. About 2,500 CRPF personnel were on their way to the valley, many returning to work after leave.

A police spokesman said that all the three terrorists were wanted by the law enforcement agencies for their involvement in a series of terror crimes, including attacks on security establishments, and civilian atrocities.

Earlier on Monday, a petition was also filed in the Supreme Court seeking direction from the central government to constitute a commission headed by a retired Supreme Court Judge along with Army, intelligence and local administration to conduct an enquiry in the Uri and Pulwama terror attacks.