The court has directed ED's Special Public Prosecutor N K Matta to file a reply to Shah's application by February 23, when the court will hear the matter. 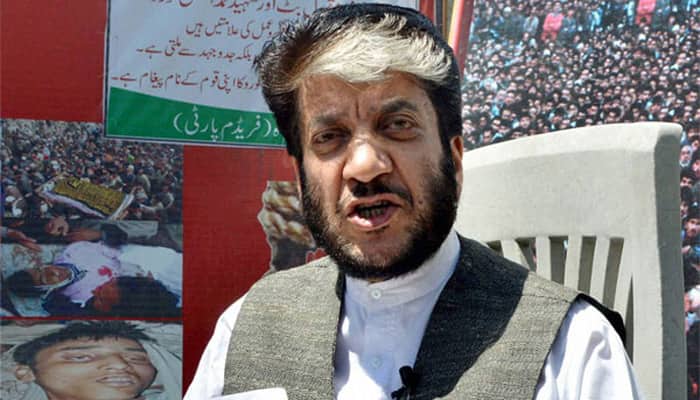 NEW DELHI: A Delhi court has sought response from the Enforcement Directorate on the bail plea of Kashmiri separatist leader Shabir Shah, arrested in a decade-old money laundering case for alleged terror financing.

The application was moved before Additional Sessions Judge Satish Kumar Arora on the ground of parity after the Delhi High Court recently granted bail to co-accused and alleged hawala dealer Mohammad Aslam Wani in the case.

The court has directed ED's Special Public Prosecutor N K Matta to file a reply to Shah's application by February 23, when the court will hear the matter.

The application submitted that the accused was wrongly and falsely implicated in the case.

Advocate M S Khan moved the bail application on behalf of Shah, saying that Wani has already been granted bail and that there was lack of evidence against Shah.

"The petitioner is a respectable person and is a known political leader and the allegations levelled against him are motivated and based on falsehood," the application said.

It further claimed that Shah, who is in judicial custody and lodged in Tihar central jail, Delhi, was "innocent, having deep roots in the society and a permanent resident of Srinagar and, therefore, there is no chance of absconding or tempering with the prosecution evidence".

The court had in August 2017 denied bail to Shah after ED submitted that it was probing whether he had received money from "enemy countries" like Pakistan to promote terrorism in India.

Shah was arrested in connection with the August 2005 case in which the Special Cell of Delhi Police had arrested Wani, claiming that Rs 63 lakh was recovered from Wani, out of which Rs 52 lakh was allegedly to be delivered to Shah.

The agency had earlier issued summonses to Shah in the case, the prosecution had said, adding that Wani had claimed that he had given Rs 2.25 crore to Shah.