Earlier, Yechury had arrived at the court to appear before it in connection with a defamation case filed against him in 2017 for allegedly linking Gauri Lankesh's murder with "BJP-RSS ideology". 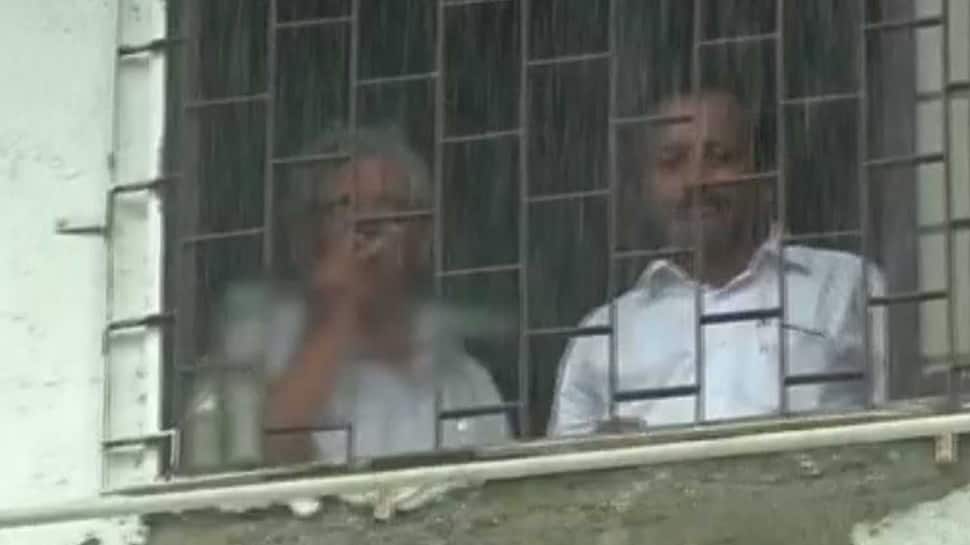 CPI(M) General Secretary Sitaram Yechury on Thursday smoked inside the premises of a court in Mumbai, Maharashtra. It is to be noted that it is illegal to smoke inside the court. Earlier, Yechury had arrived at the Metropolitan Magistrate's Court to appear before it in connection with a defamation case filed against him in 2017 for allegedly linking Gauri Lankesh's murder with "BJP-RSS ideology".

Lankesh, a senior journalist, was murdered at her residence in Bengaluru on September 5, 2017.

Congress leader Rahul Gandhi was also present at the court. He pleaded not guilty before the court and was released on a surety amount of Rs 15,000.

Gandhi appeared before a Mazgaon Metropolitan Magistrate in connection with a defamation case filed by a RSS worker, a party leader said. Former MP Eknath Gaikwad gave surety for Rahul in court.

Later speaking to media outside the court, Rahul said, "Aakraman ho raha hai, mazaa aa raha hai (I am being attacked, enjoying this)." "Will fight 10 times more than I did in last five years," he added.

Maharashtra: CPI(M) General Secretary Sitaram Yechury arrives at a Mumbai court to appear before it in connection with a defamation case filed against him in 2017 for allegedly linking Gauri Lankesh's murder with "BJP-RSS ideology". Rahul Gandhi is also present at the Court. pic.twitter.com/DgpKPMrbVG

In February, RSS Swayam Sevak Dhrutiman Joshi had filed a defamation case against Rahul Gandhi, Sonia Gandhi, Sitaram Yechury and the Communist Party of India (Marxist) for defaming the RSS following the death of Gauri Lankesh. In his plea, Joshi had said that barely 24 hours after the Lankesh's death, Rahul had allegedly blamed the RSS and its ideology for the murder.

Joshi said that Sitaram Yechury was also heard and seen saying that it was the RSS ideology and the RSS men who killed Gauri Lankesh. "For a mere political score, the accused had unnecessarily dragged the name of RSS and it in a move to rake up negative sentiments in the minds of the people against the RSS," the complaint told news agency ANI.

Joshi had requested the court to charge the duo under Section 499 (defamation) and Section 500 (punishment for defamation) of the Indian Penal Code (IPC).This is the second defamation petition against Rahul Gandhi in Maharashtra.