The meeting is being watched in the context of Pawar recently expressing his displeasure over Uddhav government's decision to allow handing over the Elgar Parishad case to the NIA. 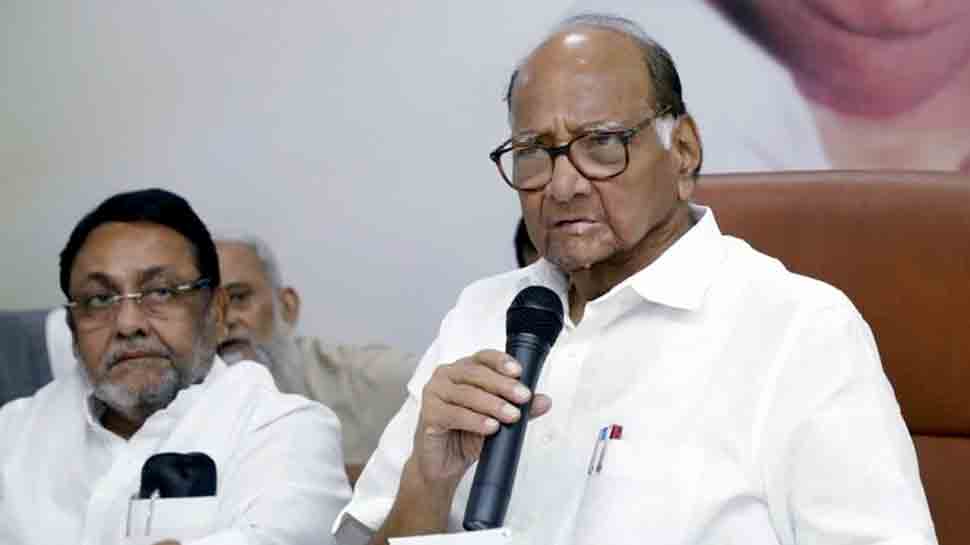 New Delhi: Amid reports of fissures appearing in the Maha Vikas Aghadi government in Maharashtra over the recent decision taken by Chief Minister Uddhav Thackeray, NCP supremo Sharad Pawar has called a meeting of party leaders in Mumbai on Monday (February 17). According to reports, the transfer of Elgar Parishad probe to NIA and Muslims quotas are among the issued that are likely to be taken up for discussion during the meet.

The meeting is being watched in the context of Pawar recently expressing his displeasure over Uddhav government's decision to allow handing over the Elgar Parishad case to the NIA. "Law and order is a state subject. It is not proper to encroach upon the rights of the state. Maharashtra`s support to the move is also unfair," Pawar had stated recently. This was the first instance wherein Pawar, the architect of the MVA alliance of Shiv Sena-NCP-Congress, took public stance opposing Uddhav in the fledgling 75-day old government.

Modi government's Citizenship Amendment Act (CAA) and its related processes, which includes the National Population Register (NPR) drive, is also expected to be discussed in the meeting. Recently, reports had surfaced that the Uddhav government, in a snub to its allies Congress and NCP, had decided to roll out the NPR in the state from May 1. However, later, NCP leader and state Housing Minister Jitendra Awhad dismissed the reports and told PTI that the "Maharashtra CM has assured that any decision on the NPR will be taken in the interest of people through discussions."

Meanwhile, the former union minister's annoyance on Uddhav came after a Pune Sessions Court transferred the Elgar Parishad case to the NIA and directed all accused to be produced before the Special NIA Court in Mumbai on February 28 where the matter will be heard henceforth. After initial resistance, the state government came around to the view that it had no objections to the transfer of the case to the NIA, as dictated by the Centre last month.

The Centre's move came barely a couple of days after Pawar had written to the CM to set up a Special Investigation Team to re-investigate the case including the role of the Pune Police, while several NCP and Congress leaders have termed the entire case as fabricated and the Centre`s move as 'unconstitutional'.

The case dates back to December 31, 2017, Elgar Parishad in Pune, followed by the caste riots next day, January 1, 2018, in Koregaon-Bhima, and subsequently the nationwide swoop on over a dozen activists in June-August 2018. The activists and intellectuals were charged with harbouring Maoist links, indulging in anti-national activities, planning to create political disturbances, preparing to wage a war against India, conspiring to assassinate Prime Minister Narendra Modi and plotting to overthrow the government.