The families of CRPF troopers killed in Pulwama attack have hailed Tuesday's IAF raids in Pakistan. 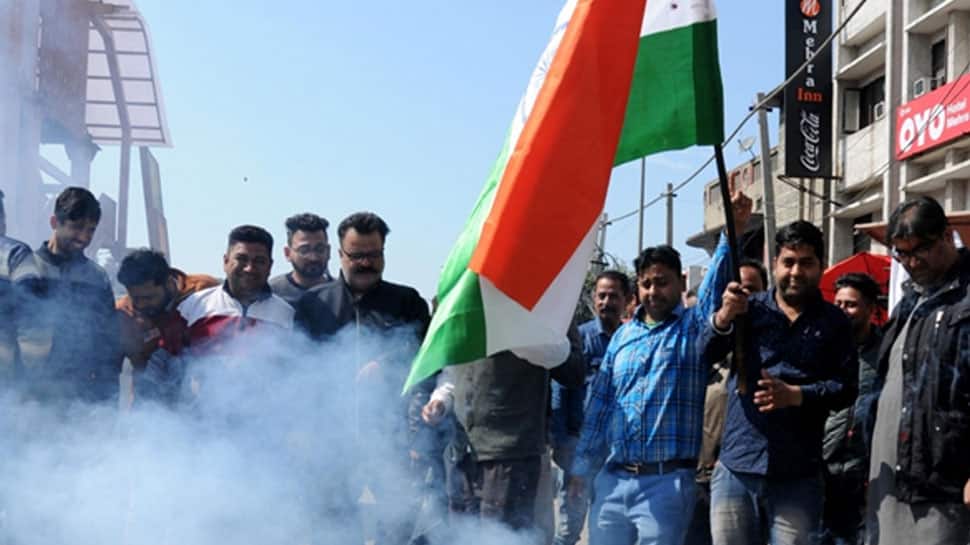 Lucknow: Families of the martyrs of Central Reserve Police Force (CRPF) personnel hailed the strikes by the Indian Air Force (IAF) fighter jets on terror launch pads in Pakistan occupied Kashmir (PoK) and said that some of their pain has gone with this action.

Reacting to the development, Rajwanti from Unnao said that the "attack ordered by Prime Minister (Narendra) Modi on terror camps is one which brings some solace to heart-broken mothers".

Mother of martyr Ajit Singh, Ashe, however, said that the offensive should not stop with the killing of some militants. Terrorism has to be wiped off completely from the neighbourhood, she said.

Meena, the widow of martyr Ajit Kumar Azad, also echoed similar sentiments but said that India should launch a bigger attack and that she would only rest in peace when Pakistan government itself admits killing of thousands of its people.

"I am sure that given a chance by the Prime Minister, the Army will avenge the blood of their brothers," she said.

Family of Ramesh Yadav, who was martyred in the Pulwama terror attack, said that there could not have been better news for them as they performed the "terahnvi sanskaar" of martyr Ramesh.

In Varanasi, his elder brother Rajesh Yadav gave full marks to the defence forces and Prime Minister Modi for "teaching the terrorists a lesson". He, however, also called for action against Pakistan sympathisers in India as well.

Ruby, the wife of Pulwama martyr Shyam Babu, said her message to PM Modi is: "Don`t stop yet."

"I lost my life, my world came crashing down on February 14... I just hope and pray that this misfortune does not befall anybody else," she said in Kanpur (Rural).

Kuldeep, brother of martyr Pradeep Singh of Kannauj, also welcomed the air strikes and said that the action which has been initiated should not be called off and should be taken to its logical conclusion. "We cannot sit and rejoice the operation ... the need of the hour is to go out the whole hog against them."

Harkesh Yadav, the father of CRPF trooper Avdhesh Kumar Yadav, who died in the Pulwama attack, said, "I am proud of the operation. A bigger assault on terror launch pads is needed. The real happiness would be on the day when the master of terror Hafiz Sayeed is eliminated."