The three bodies will now be handed over to the Imphal district officials. 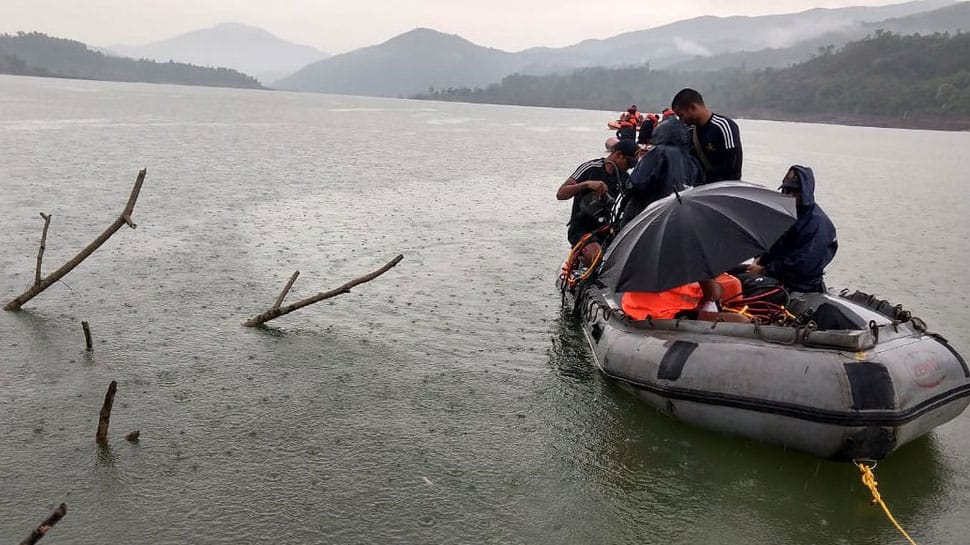 Imphal: In what is being linked to severe cyclonic storm Fani, which unlashed mayhem in Odisha claiming at least 10 lives, the divers from Indian Navy have recovered bodies of two missing person from Mapithel Dam Reservoir in Imphal.

According to news agency ANI, at least three members of a family went missing in the Mapithel Dam Reservoir in Imphal following which the Navy divers were called in to locate their bodies.

As per new agency AN, the Navy divers had recovered the bodies of 21-year-old S Romen and 19-year-old N Rani on Friday, while the body of his elder sibling, 35-year-old S Rajiv was found on Thursday.

Manipur: Indian Navy Diving Team recovered bodies of 2 persons from Imphal River on May 3. 3 members of a family were reported missing at Mapithel Dam Reservoir; one body was recovered on May 2. Team will now be deployed in rescue&relief ops in West Bengal in wake of #CycloneFani pic.twitter.com/cvQsEVwXg3

The three bodies will now be handed over to the Imphal district officials.

The team of Navy divers will be airlifted by an Indian Air Force (IAF) aircraft and it would be redeployed in the ongoing rescue operations in West Bengal.

It may be noted that Cyclone Fani, the most powerful tropical storm to hit India in 20 years, pummelled through coastal Odisha with wind speeds of over 200 kmph on Friday.

Though the cyclonic storm killed at least 10 people in separate incidents, it failed to cause widespread death and destruction due to massive pre-emptive measures taken by the state government and other agencies.

Ahead of Fani making a landfall in Odisha, millions of people from the coastal areas wee evacuated and moved to safer higher grounds.

The evacuees have been accommodated in over 4,000 shelters, including 880 specially designed cyclone centres where free cooked food is being served to them.

Odisha Chief Minister Naveen Patnaik held a review meeting with senior officials on the destruction caused by cyclonic storm Fani in the state.

“In the last 24 hours, 12 lakh people have been evacuated to safer locations and they are being taken care of in shelters,” Odisha CM Naveen Patnaik told media, adding that full assessment of damage will be possible only after it crosses the state.