Cyclone 'Pabuk' had centred itself over the Gulf of Thailand on Friday and was likely to move northwestwards and emerge into the Andaman Sea by Saturday morning. 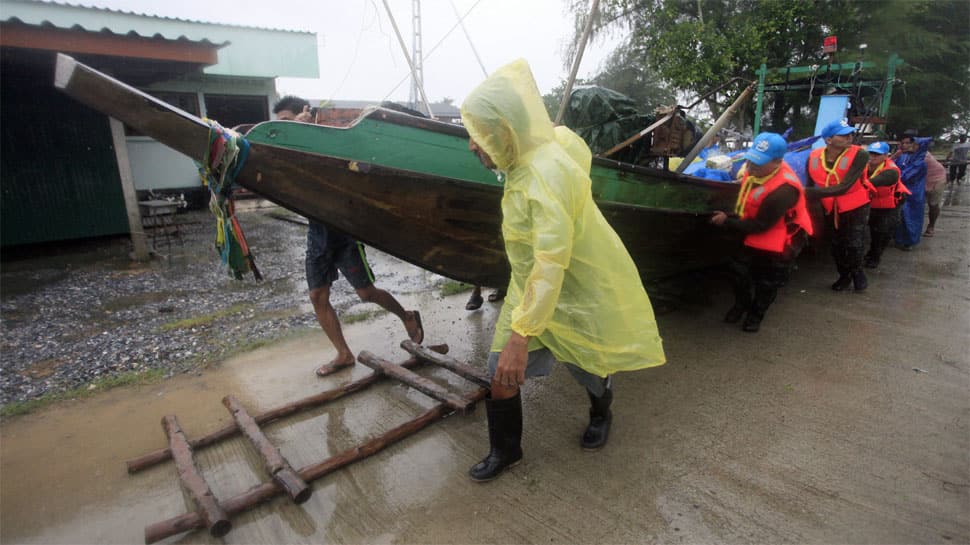 New Delhi: The India Meteorological Department (IMD) on Saturday issued an alert over the emergence of Cyclonic storm 'Pabuk' into the Andaman Islands, which made its landfall at 12.45 pm in Nakhon Si Thammarat in Thailand with sustained winds of 75 km per hour.

Cyclone 'Pabuk' had centred itself over the Gulf of Thailand on Friday and was likely to move northwestwards and emerge into the Andaman Sea by Saturday morning.

On Friday morning, the cyclonic storm moved west-northwestwards from the South China Sea region and centred itself over the Gulf of Thailand, between latitude 8.3 degrees North and longitude 101.0 degrees East, about 990 km east-southeast of Port Blair.

Therefore, it is very likely to cross the Andaman Islands around the evening of January 6, IMD said. The weather agency, in a statement, said that the storm will recurve northeastwards towards Myanmar coast and weaken further by January 7.