The low pressure system caused strong winds over northeast Arabian Sea and adjoining Saurashtra and Kutch regions with a speed of 30-40 km per hour gusting to 50 kmph till Tuesday evening. 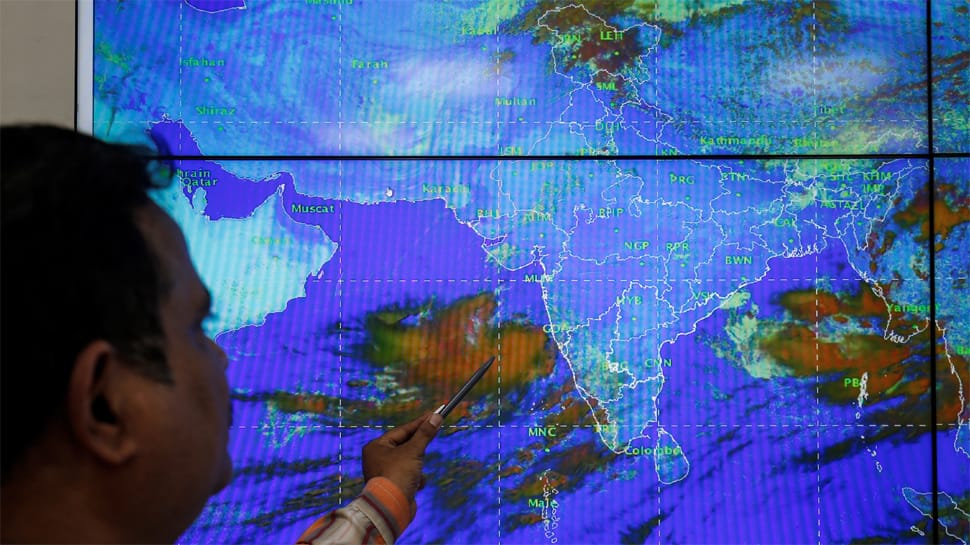 AHMEDABAD: After playing truant for a week, Cyclone Vayu went past the Kutch coast in Gujarat on Tuesday in a considerably weakened state, leaving moderate to heavy showers at several places with the mercury plummeting dramatically. "Cyclone Vayu converted into a low pressure area and crossed over Kutch in the morning," Manorama Mohanty, scientist at the India Meteorological Department`s (IMD) Ahmedabad Centre, told reporters.

This had caused rainfall at several places, and according to Mohanty, "rains are likely to continue till Wednesday in Kutch, Saurashtra and north Gujarat regions because of its impact". "Warning for ports has been lowered, but the advisory for fishermen will continue till Wednesday morning. The low pressure system is going to further weaken," she said.

Before it changed course last week, the cyclone was expected to make a landfall in Gujarat on June 13 with a speed of 155-160 km, gusting at 180 kmph. The Gujarat Government had already evacuated as many as three lakh people to safety, dozens of trains and flights were cancelled, educational institutions were shut, the ports were closed and advisories issued to fishermen and tourists.

Subsequently, there were predictions on Friday that the cyclone might "recurve" and return to the Kutch coast in a weakened form. Several parts of Saurashtra, Kutch and north Gujarat regions, including Ahmedabad city and state capital Gandhinagar, received heavy to moderate rains during the last 24 hours till Tuesday, the state`s emergency response centre said in a release.

Railway officials asked to travel in all classes including general, take passengers feedback