The state administration will remain on high alert for the next 24 hours, said Gujarat Chief Minister Vijay Rupani. 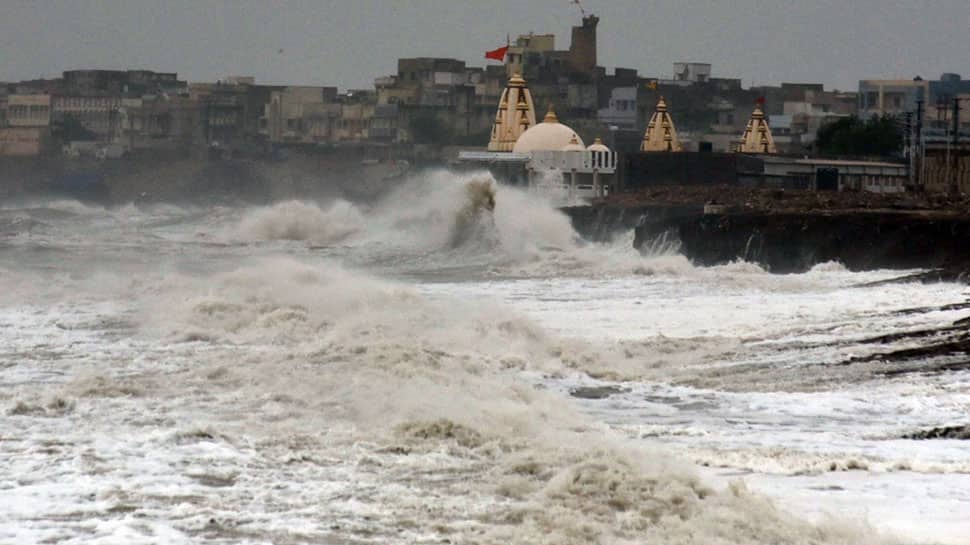 In a big relief for Gujarat, Cyclone Vayu spared the state and began moving towards Oman, according to the Indian Meteorological Department (IMD) on Thursday. However, the state administration will remain on high alert for the next 24 hours, said Gujarat Chief Minister Vijay Rupani. "According to IMD bulletin, Cyclone Vayu which was going to hit Gujarat has moved towards Oman. But still for 24 hours administration will be on high alert. The schools in 10 districts will stay closed tomorrow," said CM Rupani.

According to an IMD, the cyclone is likely to move north-northwestwards for some time and then northwestwards, skirting the Saurashtra coast and affecting Gir Somnath, Diu, Junagarh, Porbandar and Devbhoomi Dwarka with a wind speed of 90-100 kmph gusting to 110 kmph during the next 12 hours.

The Airports Authority of India (AAI) announced late in the evening that Keshod and Kandla airports will resume operations from Thursday midnight, while services from Diu, Porbandar and Bhavnagar will restart from Friday morning. It also said that normal flight operations will resume at Bhavnagar airport from 6 am, and at Diu and Porbandar Airports from 10 am Friday.

To avoid disruptions and damages to infrastructure due to cyclone Vayu, the Airports Authority of India (AAI) had suspended flight operations from these airports for 24 hours starting midnight Wednesday.

The decision to recommence operations was taken after a review of the situation held through video conference, news agency PTI said citing an AAI release. "After assessing the situation and the prevailing weather patterns as per the locally available meteorological reports, it has been decided that Kandla and Keshod Airports will resume normal flight operations from 12 midnight Thursday," the release stated.

All the AAI-run airport directors in Gujarat have been advised to keep all the stakeholders, including airlines, disaster relief agencies, Indian Air Force, Coast Guard and the local administration informed about the resumption of flights and normal operations of the airport, the release said.

Earlier in the day, the AAI had said impact of Cyclone Vayu has been milder at most airports in Gujarat and there has been no damage to aerodromes' infrastructure so far.

Citing updates given by airport directors, the AAI said the effect of the cyclone has been milder at most of the airports of Gujarat. "No damage to any airport infrastructure or facilities has been reported so far. The situation is normal at Surat, Bhuj, Keshod, Kandla, Jamnagar, Vadodara and Ahmedabad, Diu, Porbandar and Bhavnagar airports," it said in the statement earlier.