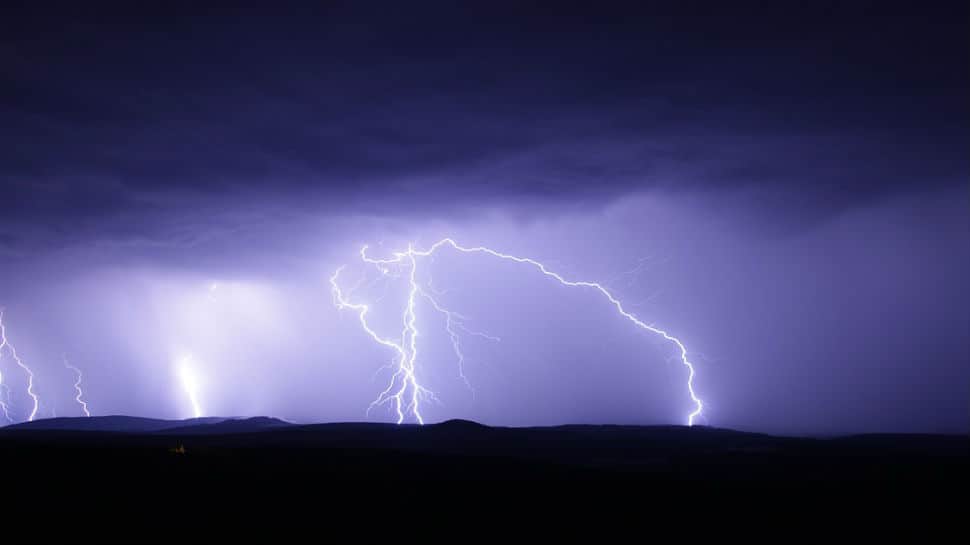 "10 Chinese vessels sought shelter at the Ratnagiri port (in Maharashtra) to avoid being hit by the fury of Cyclone Vayu. On humanitarian grounds, Indian Coast Guard allowed them to stay there under security cordon," KR Suresh said.

Indian Coast Guard Inspector General, KR Suresh: 10 Chinese vessels seek shelter at the Ratnagiri port (in Maharashtra) to avoid being hit by the fury of #CycloneVayu. On humanitarian grounds, Indian Coast Guard allows them to stay there under security cordon. pic.twitter.com/vSVo2F08no

The District Collector of Valsad in Gujarat, C. R. Kharsan, said that people in the district have been alerted about Cyclone Vayu and fishermen have come back. He added that District Administration is on high alert.

Earlier on Tuesday, Union Home Minister Amit Shah chaired a high level meeting to review the preparedness of State and Central Ministries/Agencies, which are tasked to deal with the situation arising out of Cyclone Vayu.

During the meeting, Shah directed senior officers to remain on alert and take all necessary measures to ensure that people are evacuated safely. The home minister also told the senior officers to ensure that all control rooms are functioning round-the-clock. Indian Coast Guard, Navy, Army & Air Force units are put on standby and surveillance aircraft and helicopters are pressed into service to carry out aerial surveillance. The meeting was attended by Home Secretary, Secretary Ministry of Earth Sciences, and senior officers of IMD and MHA.

According to India Meteorological Department (IMD), Cyclone ‘Vayu' is expected to touch Gujarat coast between Porbandar and Mahuva around Veraval & Diu region as a Severe Cyclonic Storm with wind speed 110-120 kmph gusting to 135 kmph on Thursday morning. It is expected that Cyclone Vayu would cause heavy rainfall in the coastal districts of Gujarat. Cyclone VAYU was positioned 630 kilometres south-southwest of Mumbai at 11.30 pm on Monday night and was moving in a northwards direction. The IMD said that the intensity of Vayu is expected to increase as it makes its way towards Gujarat's coast.

Encounter breaks out between terrorists, security forces in Jammu and Kashmir's Sopore