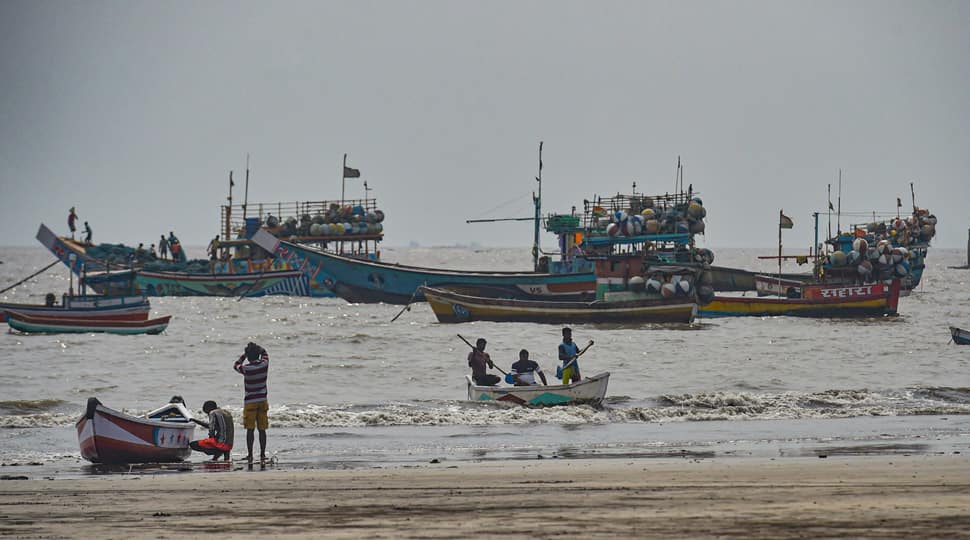 According to IMD, the Cylone Nisarga is very likely to cross north Maharashtra and south Gujarat coasts between Harihareshwar in Maharashtra and Daman on Wednesday (June 3) afternoon.

"The deep depression is currently 550 kilometre south-southwest of Mumbai in Maharashtra and 800 km south-southwest of Surat in Gujarat. The depression is likely to move northwards till June 2 morning. It will then re-curve north-northeastwards and cross north Maharashtra and south Gujarat coasts during June 3 afternoon, which is when it is likely to make landfall," said IMD.

Several teams of National Disaster Response Force (NDRF) teams have been deployed in different parts of Maharashtra to take stock of the situation in view of impending severe cyclone.

Maharashta Chief Minister Uddhav Thackeray said in a statement on Monday that an alert has been sounded in Mumbai city, Mumbai suburban district, Thane, Palghar, Raigad, Ratnagiri and Sindhudurg districts in view of the cyclonic storm developing in the Arabian Sea. The State Disaster Management and Relief and Rehabilitation department is also prepared to face the cyclone.

IMD has said that cyclone Nisarga would impact Mumbai, Thane, Palghar, Ratnagiri, Sindhudurg districts and neighbouring areas in Konkan. According to IMD, very heavy to extremely heavy rainfall is predicted on Tuesday and Wednesday. It is to be noted that Cyclone Nisarga is predicted to make landfall on Wednesday afternoon as a severe cyclonic storm with a wind speed of 90 to 105 kilometres per hour (kmph) gusting to 125 kmph. The IMD scientists said that Nisarga can flood the low-lying areas, especially in Mumbai and its adjoining areas and cause noticeable structural damages in the city.

India-China standoff timeline: How the situation evolved in Ladakh, Sikkim