Daily limit of 40,000 tourists to be implemented at Taj Mahal

The cap on the number is only for Indian tourists and is likely to include children whose entry will remain free. 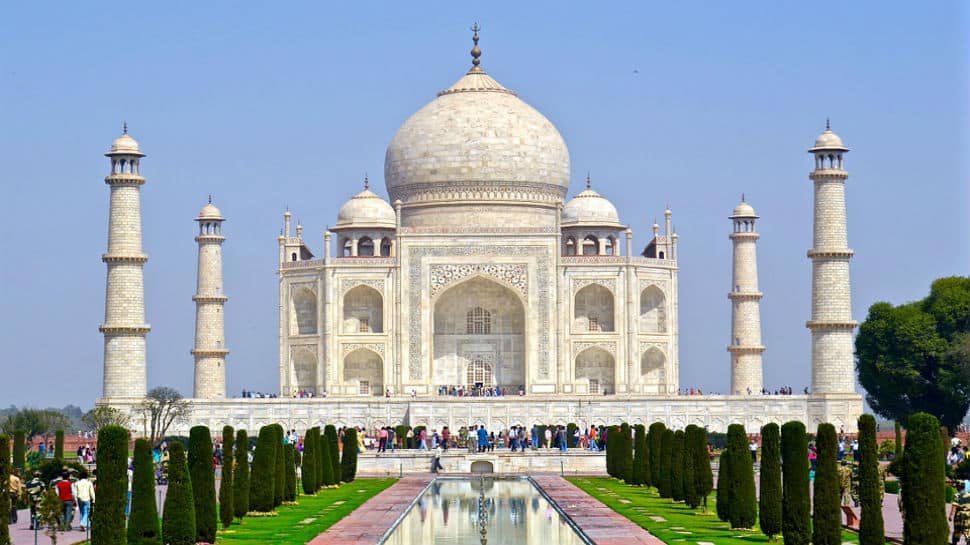 New Delhi: The number of daily visitors at the Taj Mahal will soon be capped at 40,000 to safeguard the iconic Mughal monument in Agra.

The Archeological Survey of India is considering enforcing a cap on the number of tourists allowed each day to better maintain the monument and its surroundings. Culture Secretary Ravindra Singh held a high-level meeting recently with ASI officials and representatives of Agra district administration and officers of the Central Industrial Security Force, regarding the proposal.

The number being considered each day is for tickets purchased both offline and online. The ASI is also likely to introduce a system to issue "zero-value" tickets to children below the age of 15 years, enabling them to keep a count of the number of such visitors, whose entry will remain free.

The Taj Mahal is considered one of the finest specimen of the Mughal architecture. In 1983, it became a UNESCO World Heritage Site and was cited as "the jewel of Muslim art in India and one of the universally admired masterpieces of the world's heritage."

SMS alerts on delays to expand to over 1,000 trains