The meeting comes a day after the Congress chief reiterated the allegations that the Goa CM is in possession of secrets on Rafale fighter jet deal. 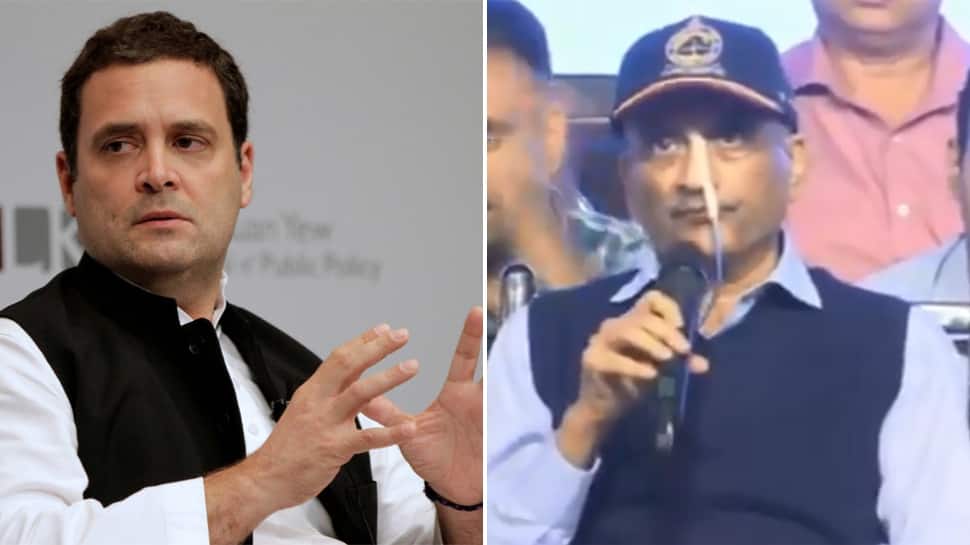 PANAJI: Congress president Rahul Gandhi held a closed-door meeting with Goa Chief Minister Manohar Parrikar on Tuesday. While the agenda of the meeting was not disclosed, Rahul termed it as a personal visit.

"This morning I visited Goa CM, Manohar Parrikar, to wish him a speedy recovery. It was a personal visit," he tweeted.

The meeting comes a day after the Congress chief reiterated the allegations that the Goa CM is in possession of secrets on Rafale fighter jet deal. "30 days since the Goa Audio Tapes on RAFALE were released. No FIR or enquiry ordered. No action against the Minister either! It's obvious that the tapes are authentic & that Goa CM, Parrikar, is in possession of explosive RAFALE secrets, that give him power over the PM," he had tweeted on Monday.

Rahul met Parrikar in the CM's chamber in the Goa Assembly premises around noon. Rahul later went to the opposition lobby in the Assembly to meet Congress MLAs and held a short meeting with them before leaving.
The House was adjourned earlier in the day after Goa Governor Mridula Sinha's address, which was boycotted by Congress members.

When asked about the meeting, Rahul refused to comment saying, "I am getting late."

Leader of Opposition Chandrakant Kavlekar, who accompanied Rahul while he met Parrikar, said there was no discussion on the Rafale issue. "It was a courtesy visit to enquire about Parrikar's health. There was no discussion other than enquiring about his health condition," Kavlekar said. Parrikar is suffering from a pancreatic ailment and has been in and out of hospitals across Goa, Mumbai, Delhi and New York since February 2018.

Kavlekar added that Rahul had an informal discussion with Congress MLAs in Goa as he would be arriving here next month to address party workers. " "Rahul ji is on a private trip to Goa. I requested him to meet our Congress MLAs, he obliged and met all of them."

Rahul along with his mother and UPA chief Sonia Gandhi had arrived in Goa on January 26 for a private visit.

Himachal Pradesh: Death toll due to swine flu rises to 9