A total of 14 MLAs including Roshan Baig, Anand Singh, H Vishwanath, ST Somashekhar have been disqualified. 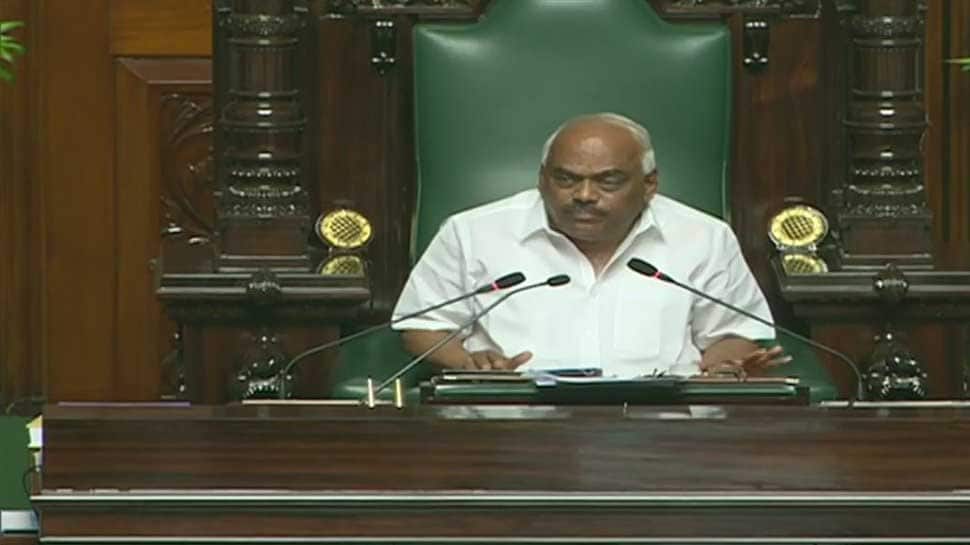 BENGALURU: In a major development, Karnataka Speaker KR Ramesh Kumar on Sunday disqualified 14 rebel Congress-JDS legislators, who had earlier resigned from the assembly, a day ahead of the trust vote scheduled to be held on Monday. The rebels MLAs were disqualified for defying the whip issued by their parties to attend the House on July 23.

The announcement was made a day after BJP leader BS Yediyurappa was sworn in as Chief Minister of Karnataka for a fourth time on Friday.

''13 MLAs (Congress-JDS MLAs) have been disqualified today. The disqualified MLAs cannot fight elections until the expiry of the term of the 15th Assembly,'' the Karnataka Speaker said while addressing a press conference in Bengaluru.

Minutes later, it was reported that another rebel Congress MLA Shrimant Patil has also been disqualified.

It may be recalled that the Speaker had on Thursday disqualified three lawmakers. The total number of disqualified MLAs now stands at 17.

The move brings down the majority mark in the state assembly within the reach of the newly-formed BJP government, which is expected to face a trust vote on Monday.

The move also implies that by-elections will be held in all those constituencies which the disqualified MLAs represented in the state assembly.

The Speaker also rejected the four weeks time sought by the rebel MLAs.

Talking about the toll which the Karnataka constitutional crisis has taken on him, the Speaker said, “The way I'm being pressured to deal with the situation being a Speaker. All these things have pushed me into a sea of depression.”

Speaker KR Ramesh Kumar: Where have we reached? The way I am being pressurized to deal with the situation(recent political developments in Karnataka) being a speaker... all these things have pushed me into a sea of depression. pic.twitter.com/BmUEvO2wJw

Ramesh, whose office extends till a new Speaker is chosen, said that he would not resign. "I will do my duty," he said.

The Speaker further said that the newly-appointed Karnataka Chief Minister BS Yediyurappa has asked him to oversee vote of confidence on Monday.

''BS Yediyurappa has asked me to oversee vote of confidence tomorrow (Monday). The Finance bill is set to lapse on July 31. I appeal to all MLAs to appear for the session for the confidence motion,'' he added.

He also said that on the advice of the Chief Minister, he has directed the Secretariat to convene a session on Monday at 11 AM.

Kumar also expressed condolences on Former Union Minister and Congress leader Jaipal Reddy’s demise and said, “It is a very sad day for me. Jaipal Reddy, who has been my mentor, personally very close to me and I've always given him the position of my eldest brother, I've known him since the 1980s, an outstanding parliamentarian with unimpeachable integrity.''

Post disqualification of 14 MLAs, the total strength of the Karnataka assembly is now 208, including the Speaker and nominated member.

Meanwhile, Section 144 will remain imposed near the Vidhana Soudha from 6 AM on Monday till midnight on 30 July.

Delhi airport to get India's most advanced, tallest ATC tower in August