Army Chief Bipin Rawat has a warning for Pakistan. 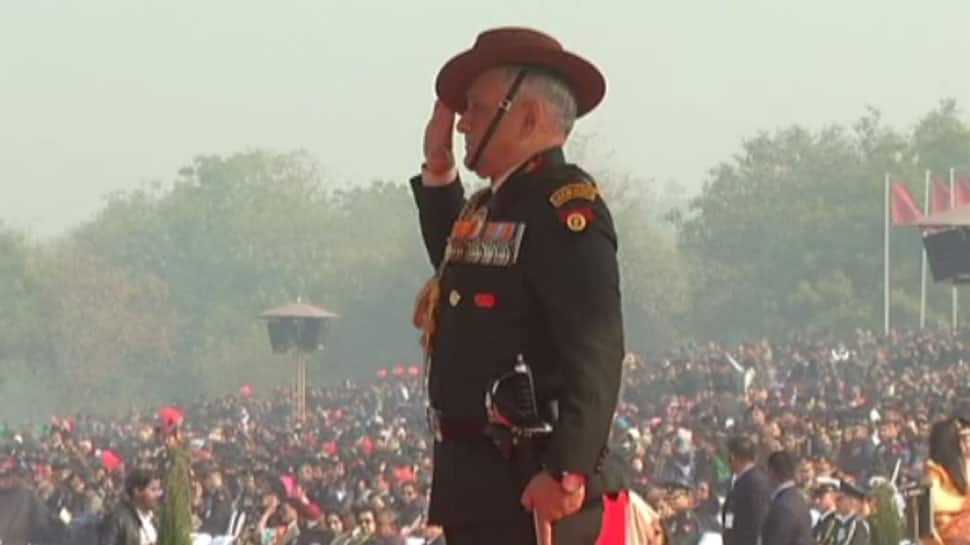 NEW DELHI: Launching a scathing attack on Pakistan day before Kargil Vijay Diwas, Army Chief Bipin Rawat warned the border nation not to try and attempt anything similar to the 1999 conflict again.

“I am quiet sure that the adversary (Pakistan) will never do it again. We will never allow them to succeed, no matter what heights they capture, we will always get back to them. They will not dare to do same again,” said the Army Chief.

“Thet better stay alert, as we too are capable taking this type of action. We've put them on back foot and will continue to do so,” he added.

Reacting to Pakistan Prime Minister Imran Khan's recent statement on the Pulwama terror attack, Rawat said, “We are aware of truth. We don't need to listen to anyone's statement or carry out any statement for international agencies, already presented all proofs.”

Khan reportedly said that the Pulwama terror attack in February this year, that claimed the lives of more than 40 CRPF personnel, was an "indigenous thing" that happened in Kashmir.

The Army Chief also claimed that the infiltration has come down in the border areas because of the alertness of our armed forces.

“Infiltration has come down because of two reasons: One, troops are sitting alert. Second, we have inducted extra forces to strengthen the grid. So Pakistani Army and terrorists should understand that if they come near the LOC, they only need to come back to collect the bodies,” said the Chief of the Army Staff.

This year, the 20th anniversary of the Kargil War is being celebrated in a grand manner by the Indian Army with a view to rekindling the pride and valour of all the soldiers who took part in Operation Vijay.