Days after Pulwama terror attack, IB warns of threat to 182-metre-tall Statue of Unity in Gujarat

As per the IB warming, terrorists may damage the recently inaugurated statue by carrying out multiple blasts around the structure. 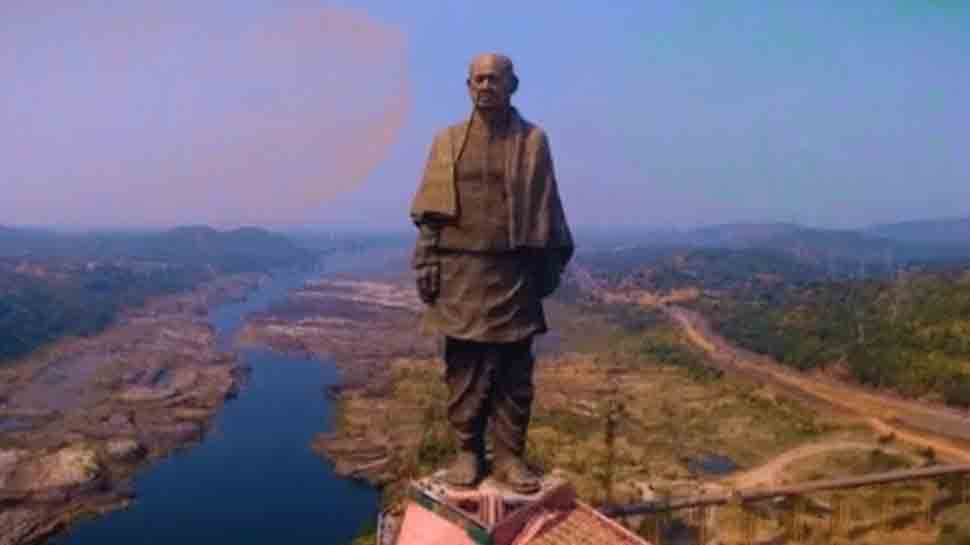 New Delhi: Days after the deadly terror attack on CRPF convoy in Jammu and Kashmir's Pulwama shook the entire nation, the Intelligence Bureau officials on Monday issued a circular warning of a terror threat to 182-meter-tall 'Statue of Unity' of Sardar Vallabhbhai Patel in Gujarat's Kevadia district.

As per the IB warming, two terrorists may damage the recently inaugurated statue by carrying out multiple blasts around the structure.

The development comes less than a week after 44 CRPF troopers lost their lives following the attack that was carried out by a JeM suicide bomber on the Jammu-Srinagar highway in Pulwama.

It was the worst-ever attack in Jammu and Kashmir since militancy erupted in the state in 1989.

182 metres tall, the 'Statue of Unity' was inaugurated by Prime Minister Narendra Modi on the occasion of the 143rd birth anniversary of Sardar Vallabhbhai Patel. The imposing monument is twice the height of Statue of Liberty and is built on an islet, Sadhu Bet, near the Sardar Sarovar Dam in Narmada district.

Interestingly, the Statue of Unity is nearly 100 feet taller than China's Spring Temple Buddha, which is currently the tallest statue with a height of 502 feet.