The worst-hit district is Muzaffarpur with the viral disease taking the lives of 122 children. 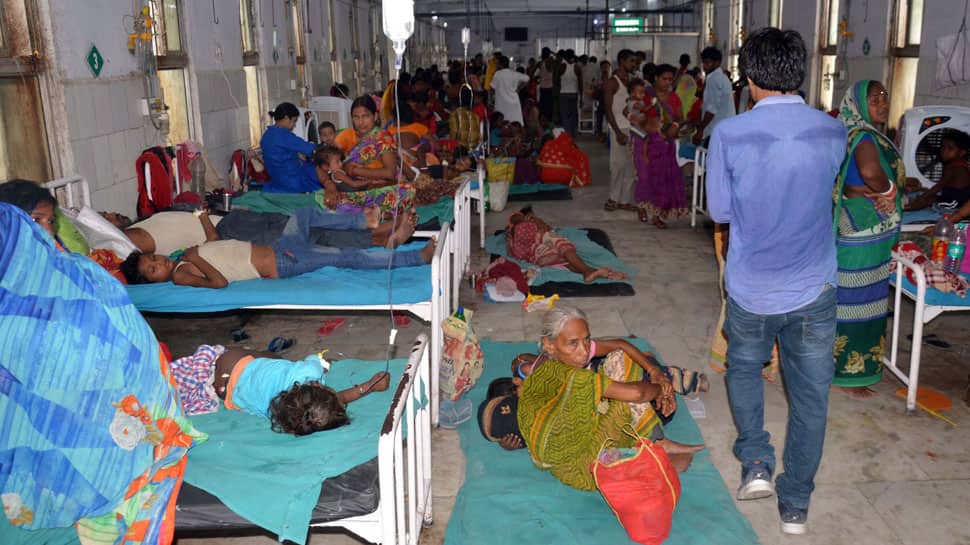 The Acute Encephalitis Syndrome (AES) has claimed the lives of 158 children in Bihar, plunging the state in a grim crisis. The deadly outbreak of the disease has gripped the children of the state since the beginning of this month. The worst-hit district is Muzaffarpur with the viral disease taking the lives of 122 children, followed by Vaishali where 17 children have lost the battle with AES. Another six children have lost their lives in Begusarai district, five in Samastipur, two each in Motihari, Patna and Bettiah and one each in Bhagalpur and Gopalganj.

The Centre, as well as the state government, have taken a grim note of the alarming number of deaths caused this year, the highest since 2014. Union Health Minister Harshvardhan visited Muzaffarpur on Sunday, two days before Chief Minister Nitish Kumar toured the district and held a meeting with officials to review the situation. The state health department has deputed additional medical officers, child specialists and nurses from other districts to Muzaffarpur to help the health officials in the district.

Health workers were being provided with packets of oral rehydration solution for free distribution in the affected regions so that dehydration and electrolyte imbalance could be kept at bay in the event of the onset of fever. The government has also announced that it would reimburse any expenses involved in getting children treated at private hospitals and nursing homes or hiring of ambulances. Many child specialists, not associated with any government hospital, are holding free camps for the afflicted children.

As the number of deaths has been increasing, the parents of the affected children remain helpless as they are not aware of the symptoms of AES. "Our children are burning with fever since 4-5 days. Doctor asked us to get medicines for them and said they'll admit them if the fever doesn't go down after that. We don't have money. No one has told us anything about or given us ORS," a parent had said on Thursday.

Asking about ORS distribution, Zee News found that a family of five to seven members has been getting only two pouches of ORS. On the other hand, some are saying that they didn't get even a single pouch. This is the situation of the Manika Chand village in Mushahri block where two children already died due to the disease.

Bihar Chief Minister Nitish Kumar on Wednesday refused to answer questions on deaths due to AES. He evaded the reporters by keeping the windows up and refusing to give any reply despite repeated requests by reporters. Deputy CM Sushil Modi also dodged a question on the issue stating that his press conference was only about banking committees.

Kumar had announced an ex-gratia of Rs 4 lakh each to the families of the children who died due to AES. He had also given directions to the health department, district administration and doctors to take necessary measures to fight the outbreak.

No plans to place caps on H-1B work visas over data storage rules, clarifies US