The deadly outbreak of the disease has gripped the children of the state since the beginning of June. 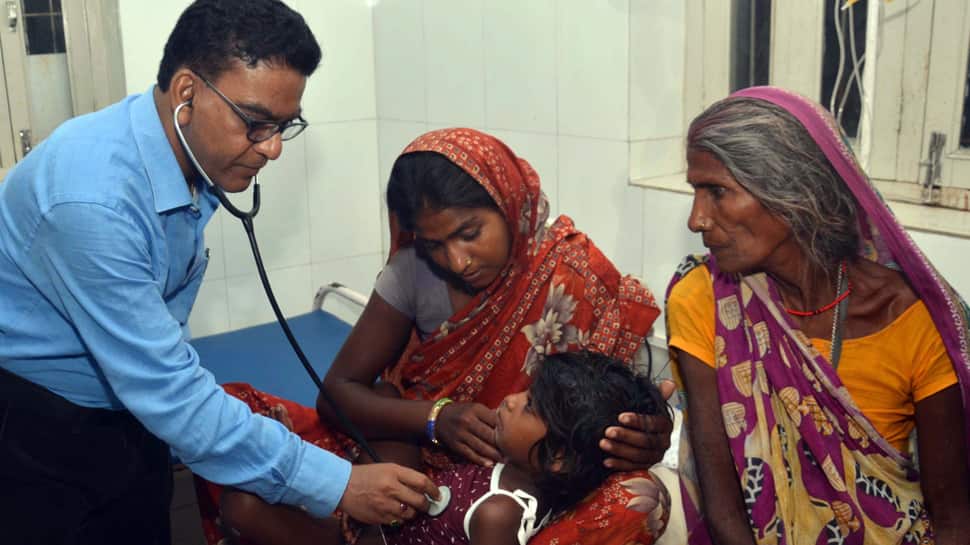 The death toll due to Acute Encephalitis Syndrome (AES) rose to 173 by Saturday evening in Bihar, plunging the state in a grim crisis. The deadly outbreak of the disease has gripped the children of the state since the beginning of June.

AES is a viral disease that causes flu-like symptoms such as high fever, vomiting and in extreme cases, brain dysfunction, seizure, and inflammation of heart and kidney.

Prime Minister Narendra Modi, while speaking in the Rajya Sabha on Wednesday, had termed the AES deaths as "unfortunate" and "a matter of shame for the nation".

The Supreme Court (SC) had on June 24 expressed "serious concerns" over the rising number of deaths due to the disease, saying "it is a matter of great concern.

"Bihar Chief Minister Nitish Kumar has announced a compensation of Rs 4 lakh each to the families of the children who died due to AES. He has also given directions to the Health Department, District Administration, and doctors to take necessary measures for the containment of the disease.

Earlier on Friday, he said that he had raised the issue of AES in JDU legislative party meeting. He said that the disease is spreading in the areas around Muzaffarpur but the cause of the disease, it is yet to be known.

The CM added that depending on the symptoms the disease is treated and many steps have been taken. He also said that surveys are being done, the affected families have been given a compensation of Rs 4 lakh from the Chief Minister Relief Fund and foodgrains have been sent to every household.

Biscuits, cookies banned, now only healthy snacks to be served at Health Ministry